Do you and your partner have private jokes, Netflix series you only watch together or a love for something you only talk about with each other? This couple both love Harry Potter and we came up with a romantic proposal idea incorporating the world of Hogwarts! Our Creative Team of Proposal Planners put their heads together and created this magical Harry Potter proposal! 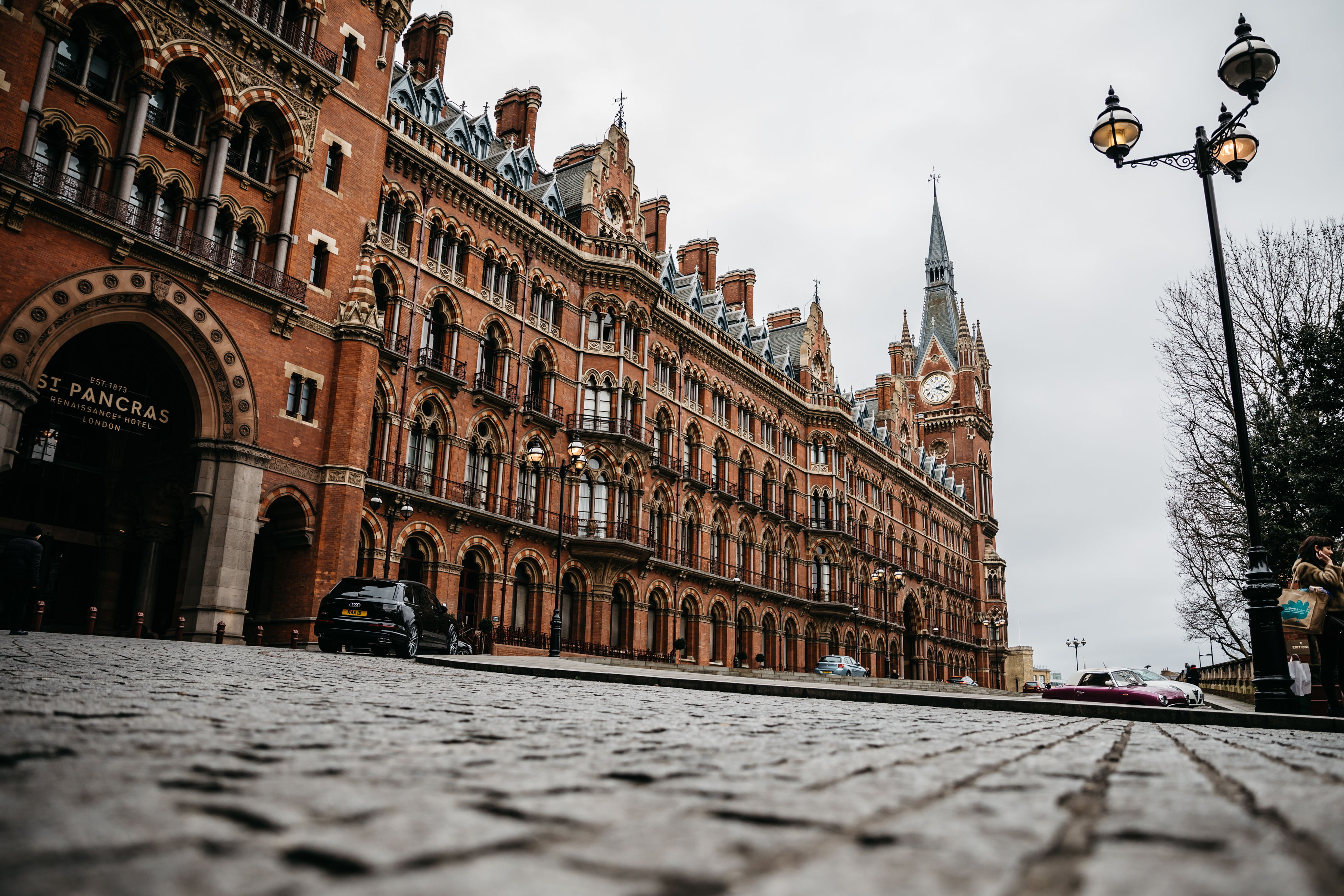 It all began outside King’s Cross Station in London where a witch was waiting for the couple to start them on their magical journey! She gave them a Marauder’s Map to follow to reach the final destination with surprises along the way. Of course, Thomas’ girlfriend Lucy had no idea that by the end of the trail her life would change forever! 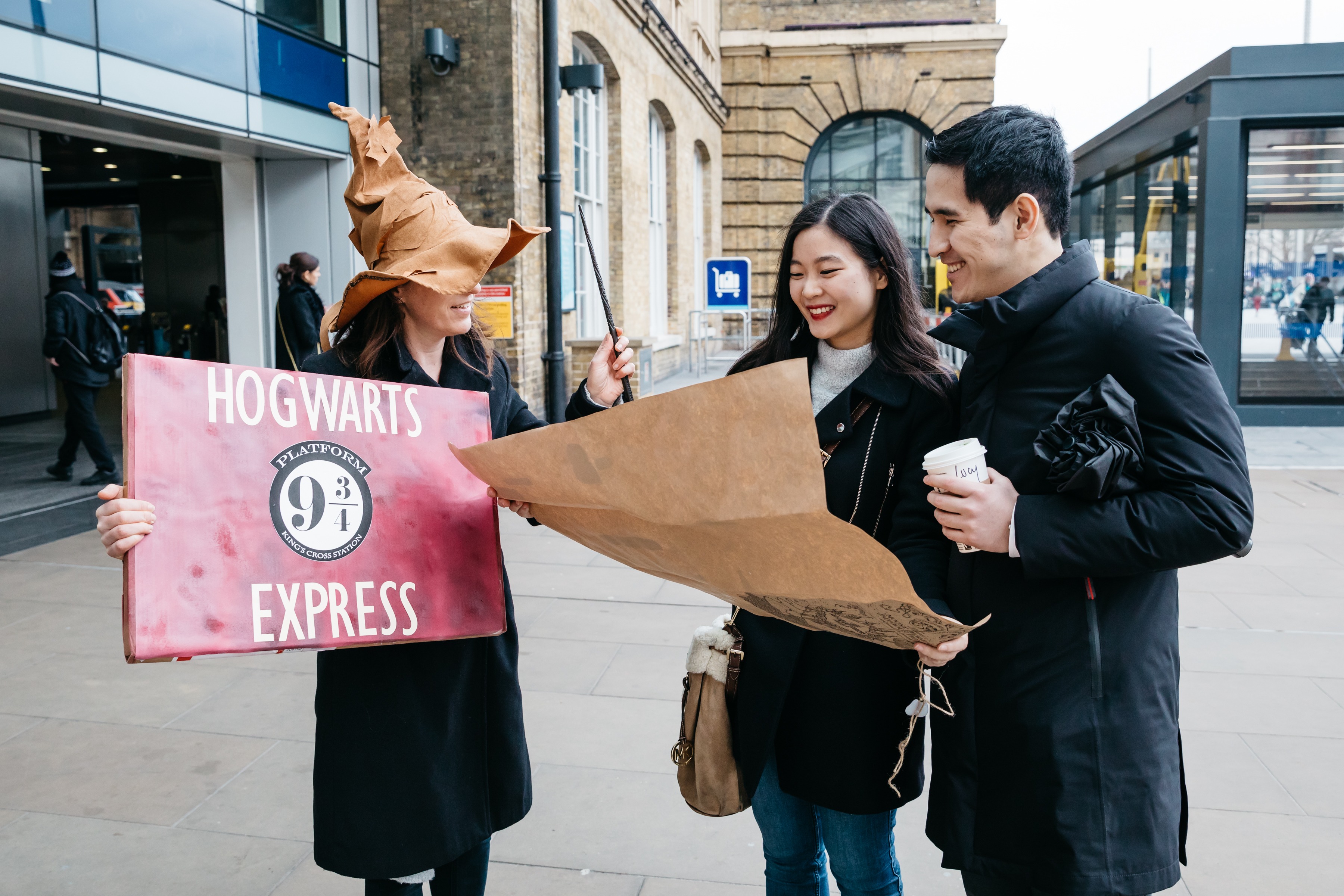 The couple’s first surprise was becoming official members of Gryffindor House! They received their scarves from one of our Proposal Planners in disguise! 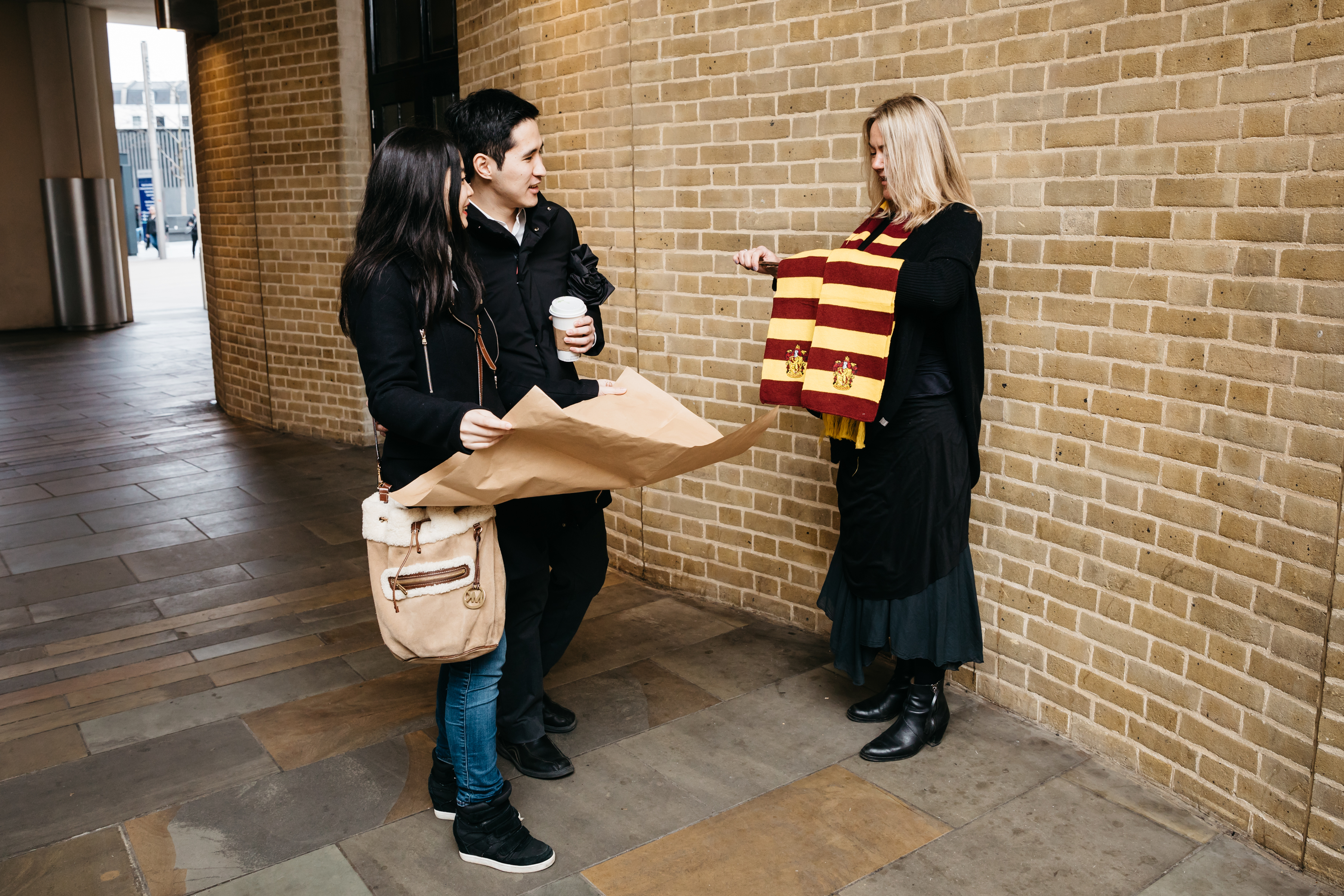 Next, they came across a selection of some very tasty Golden Snitches! 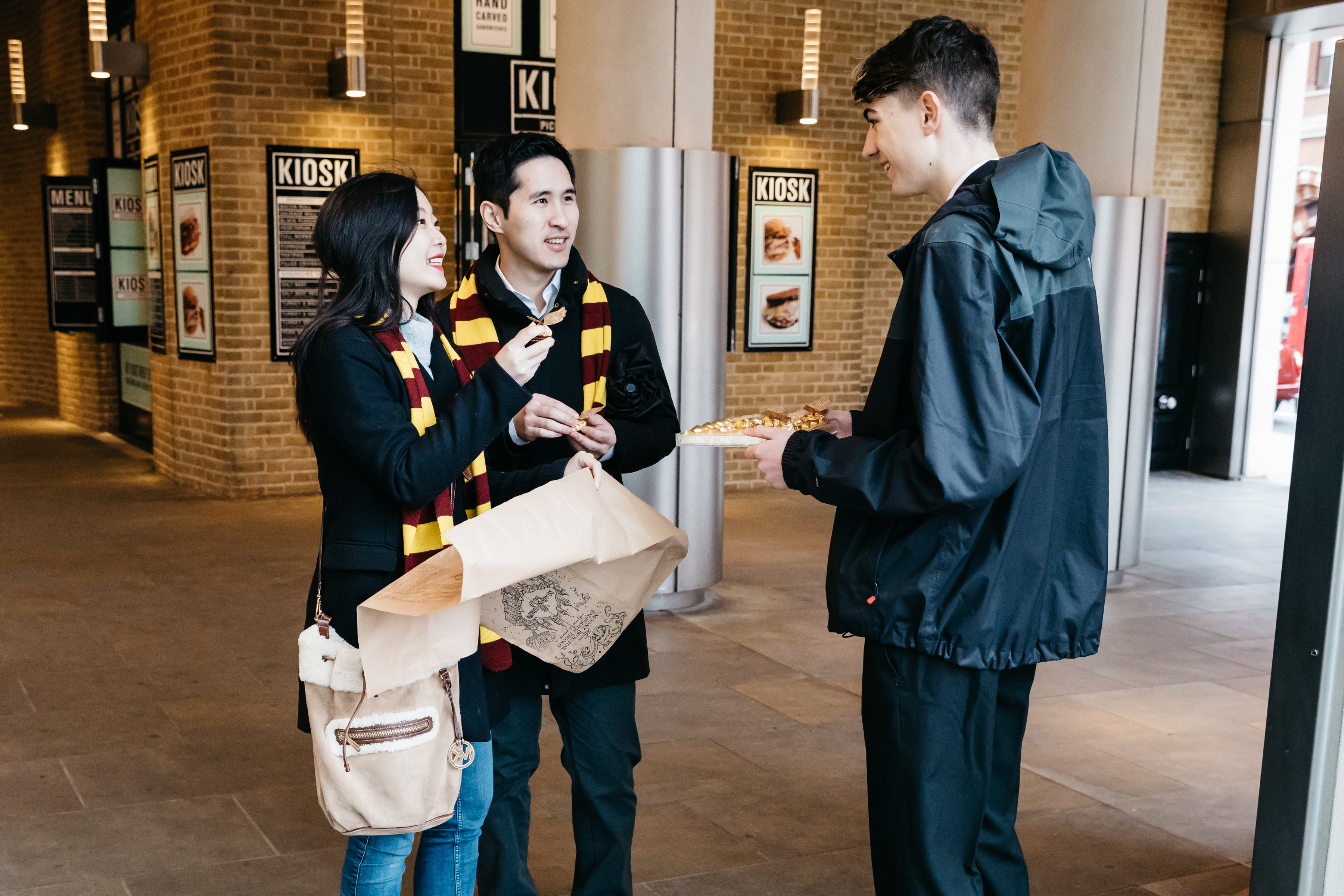 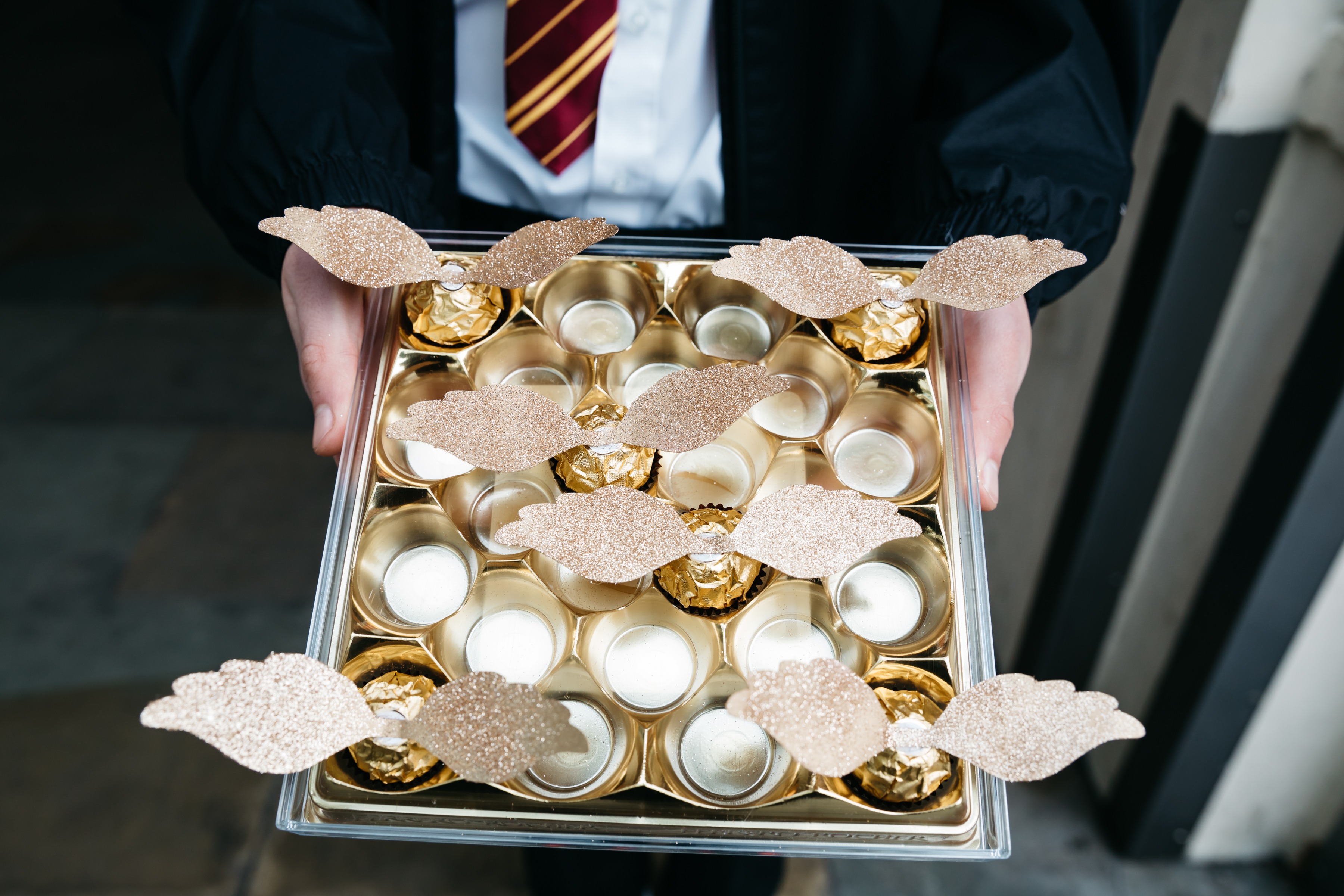 The penultimate surprise was a set of flying keys with romantic love notes attached to them written by Thomas! 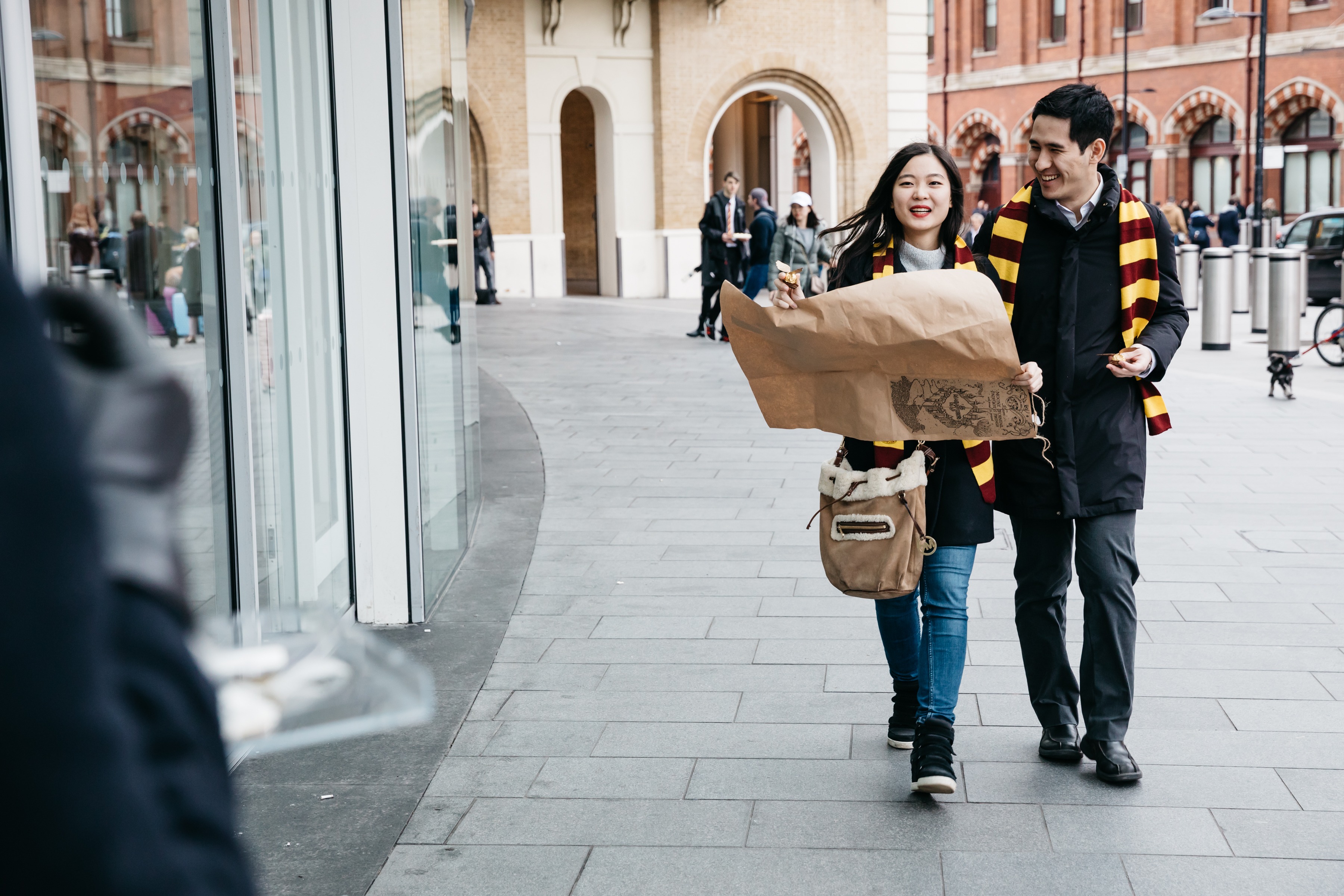 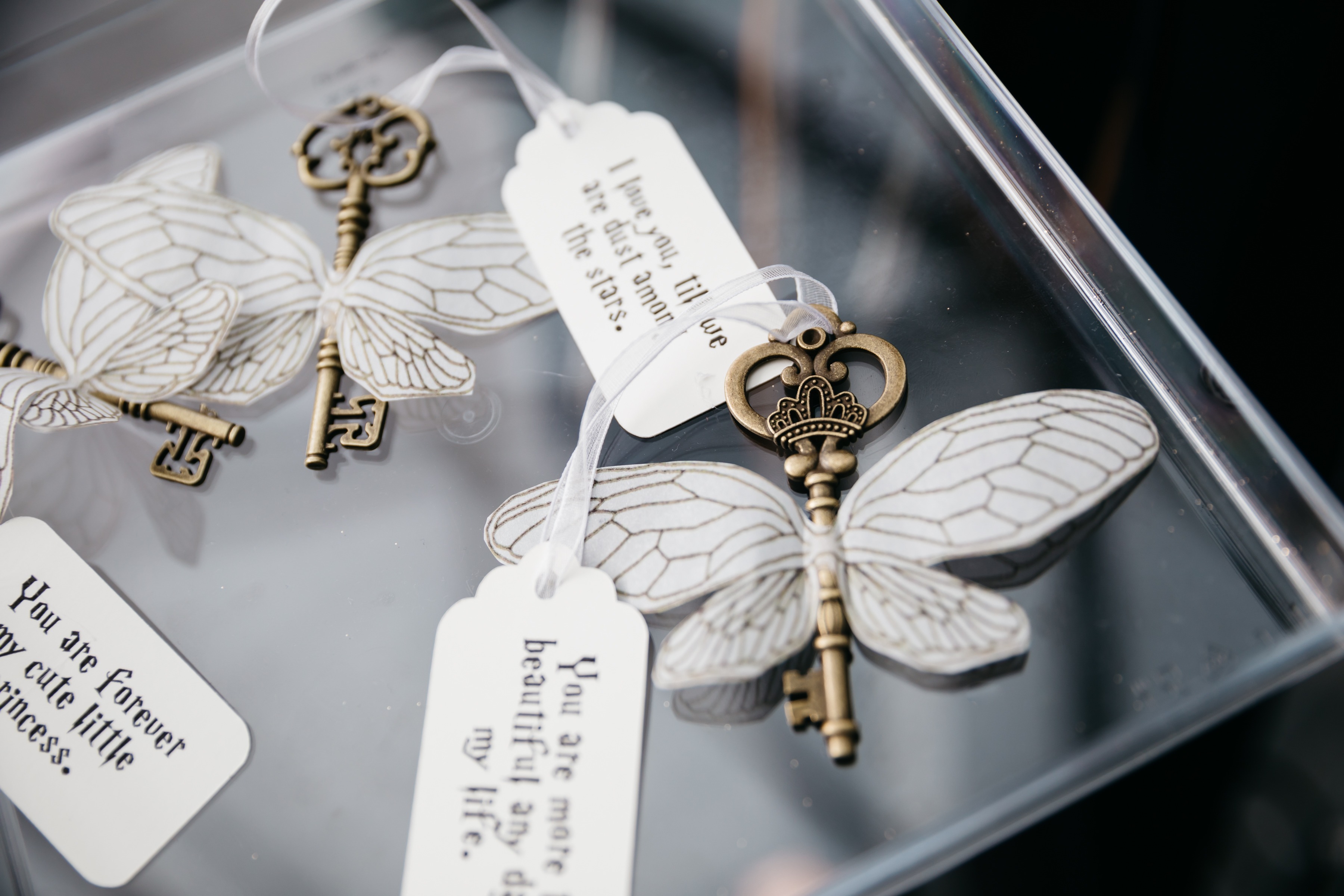 As they reached the end of their magical tour, Harry Potter joined them and gave Lucy a Book of Spells. Inside, it was filled with photos of her and Thomas throughout their relationship! 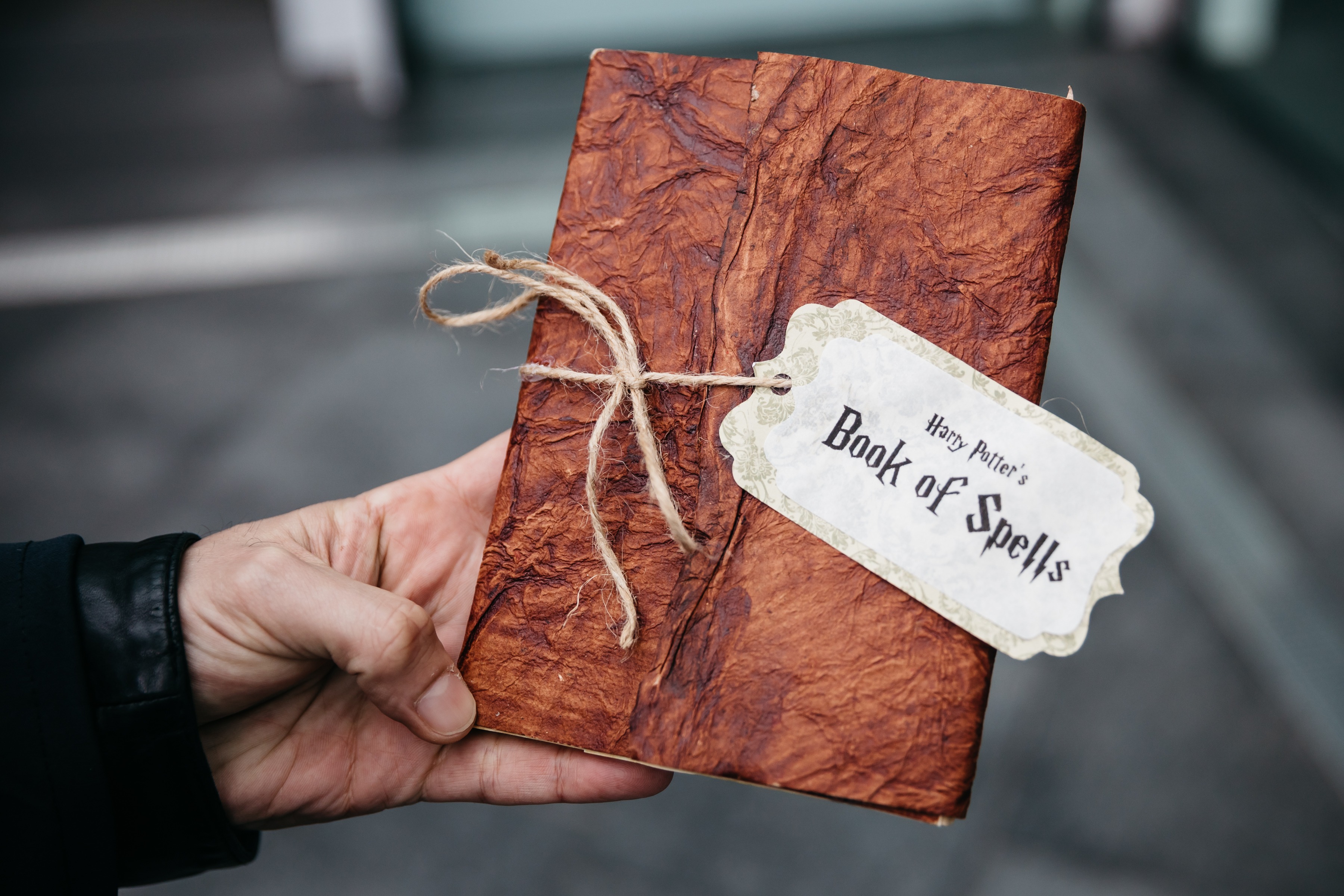 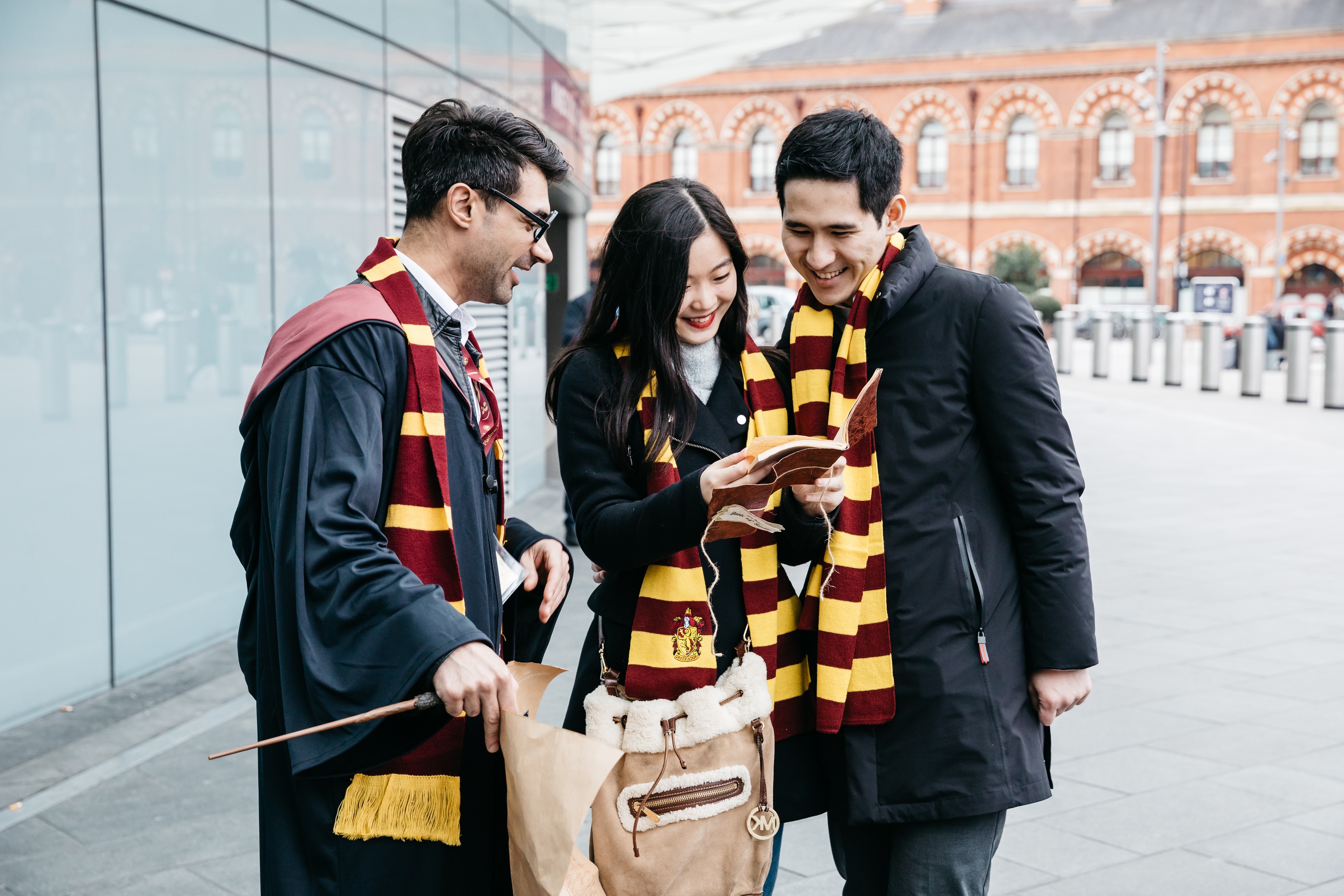 He led them to the renowned Platform 9¾ at King’s Cross where the couple began taking photos. (The secret, magical entrance to the Hogwarts Express platform for those not in the know!) However, Harry Potter had one last surprise for Lucy! He handed her the Sorting Hat and inside, a scroll was waiting to be opened with a message that she would never forget! As the scroll unravelled with the words ‘Will You Marry Me?’, Thomas got down on one knee and proposed! 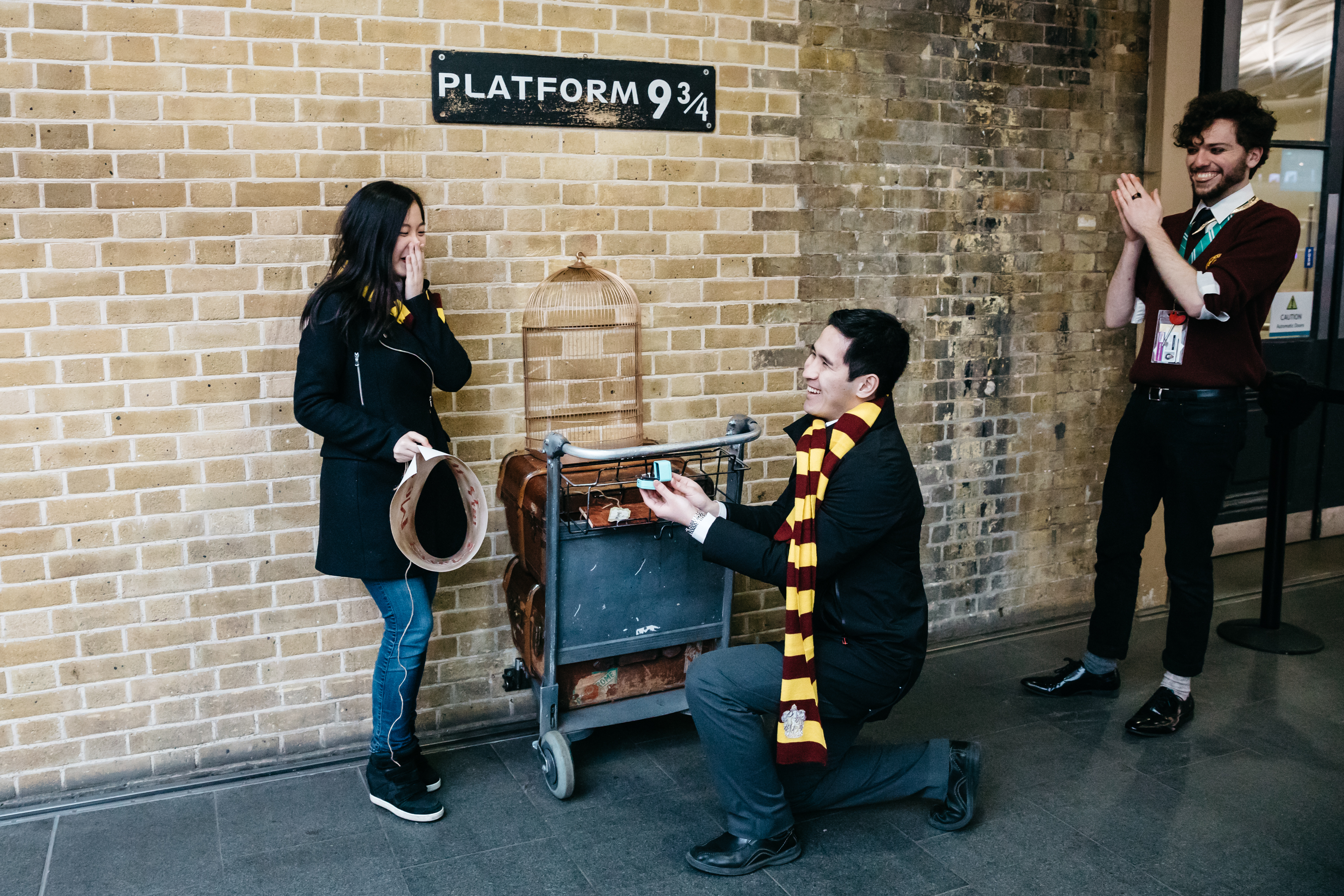 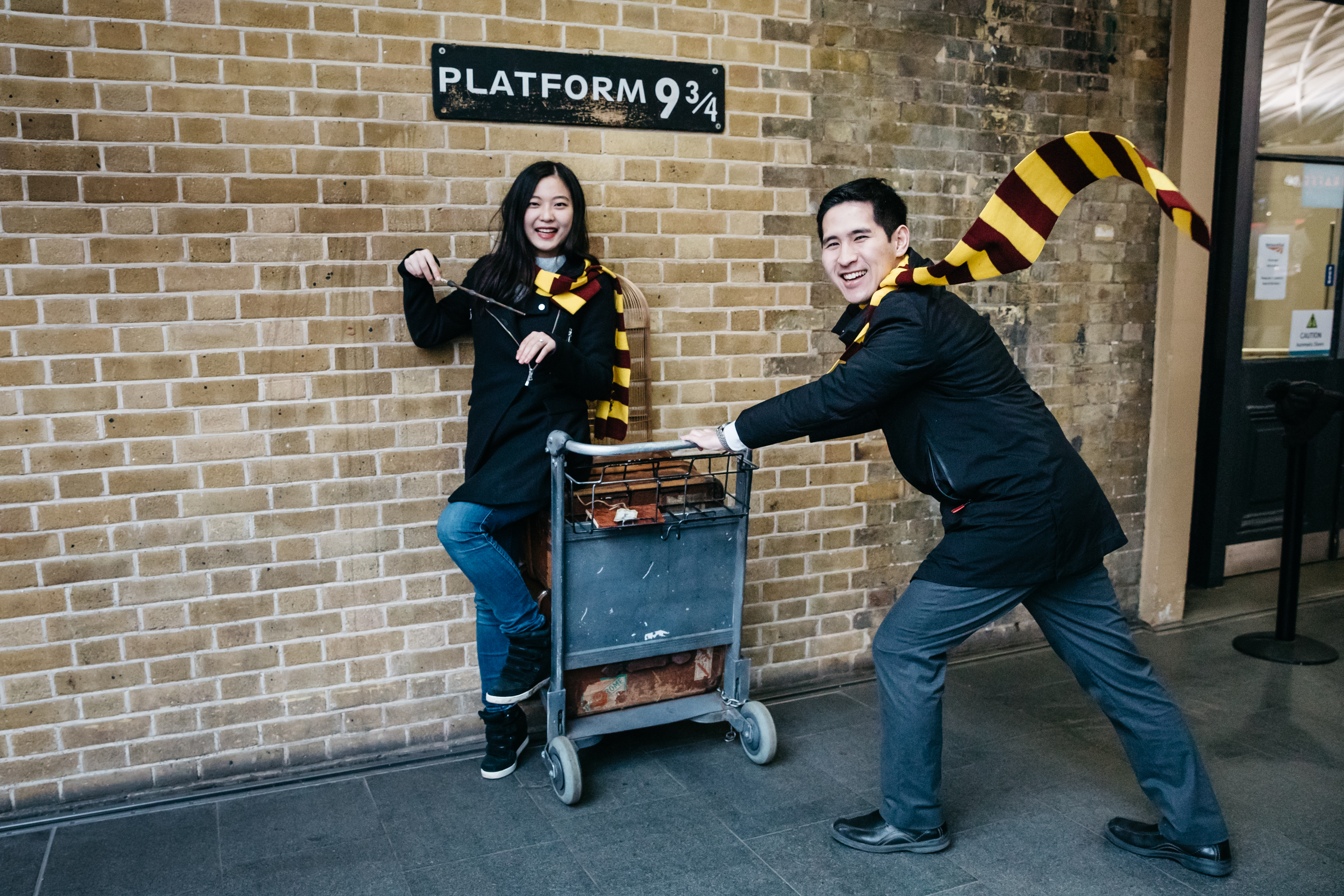 Of course, she said yes!! Congratulations Thomas and Lucy on your engagement and we wish you a magical life together! 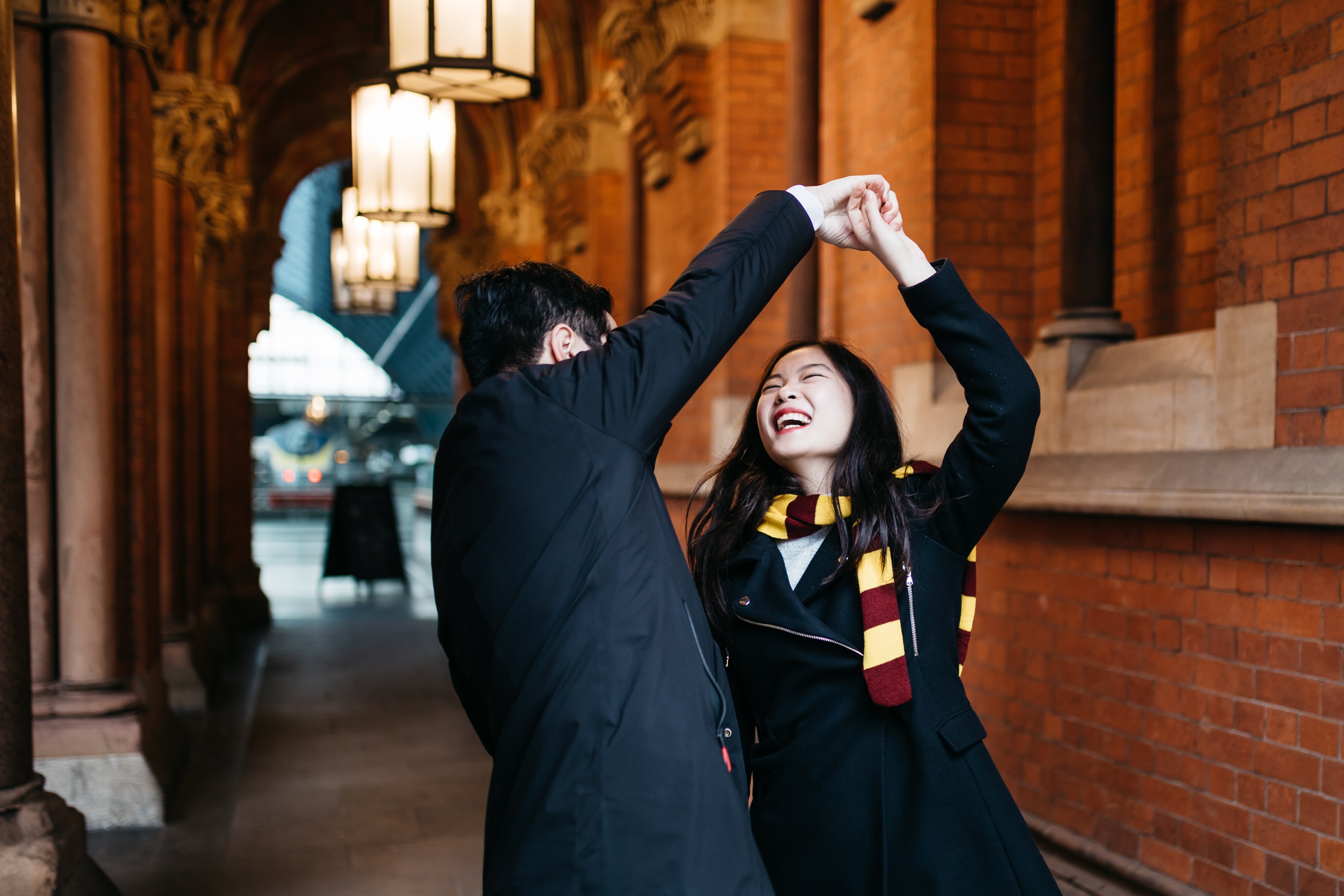 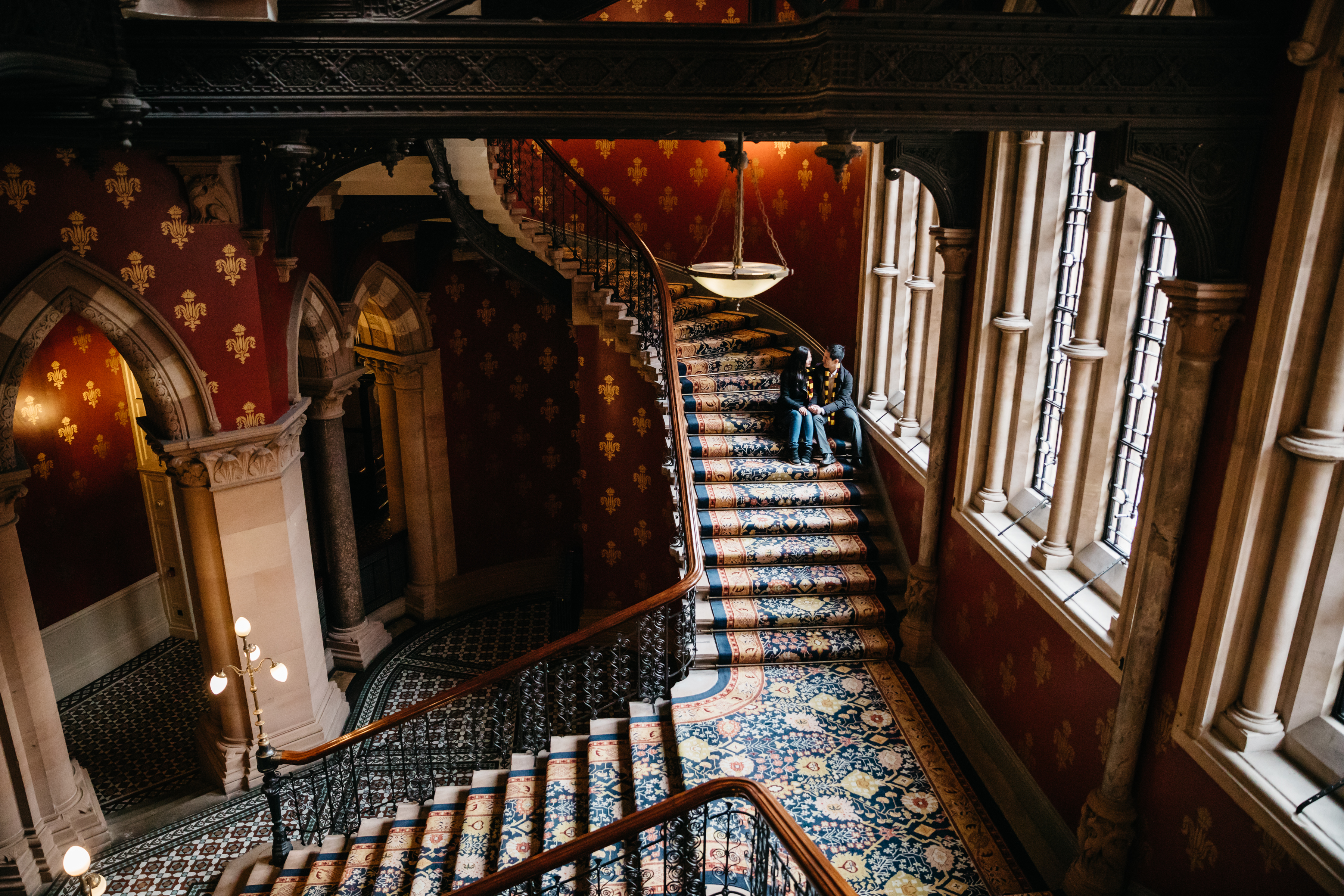 If you’ve been inspired by this creative proposal idea, get in touch and one of our Team will make sure to come up with something unique and memorable just for you! Remember, you only have one chance to do it right so why not leave all the stress to us and focus on sharing this incredibly special moment with your other half! 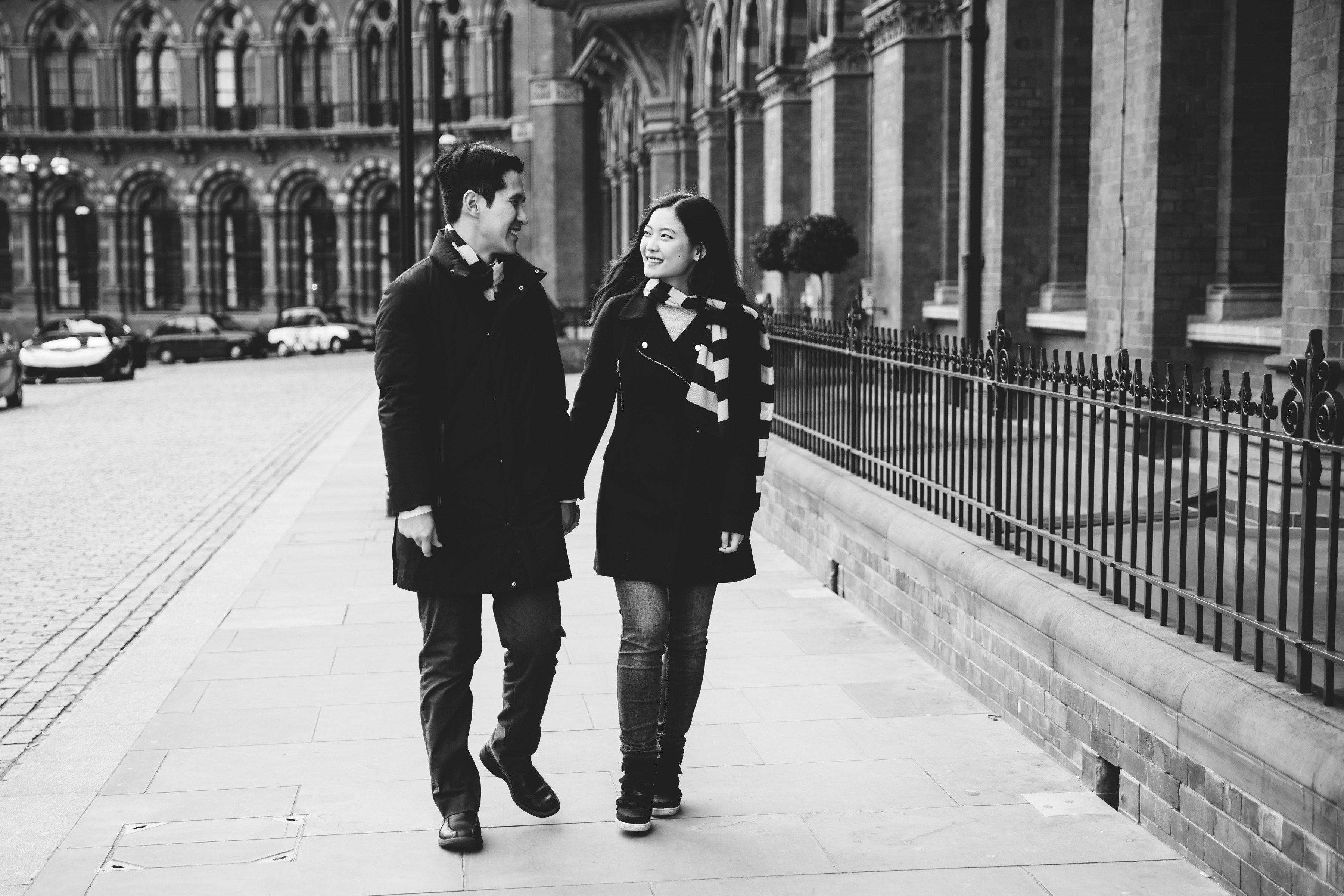