London is filled with hundreds of the perfect proposal locations, there’s almost too many to choose from! Whether you want to get down on one knee in a stunning hidden chapel, on the London Eye, underneath Somerset House’s Christmas Tree or looking down on everyone walking over Tower Bridge through a glass walkway, our proposal experts will find the best place for you! We pride ourselves on being the best marriage proposal planner company. Our years of experience and wealth of knowledge about London guarantees you’ll have a fantastic proposal! 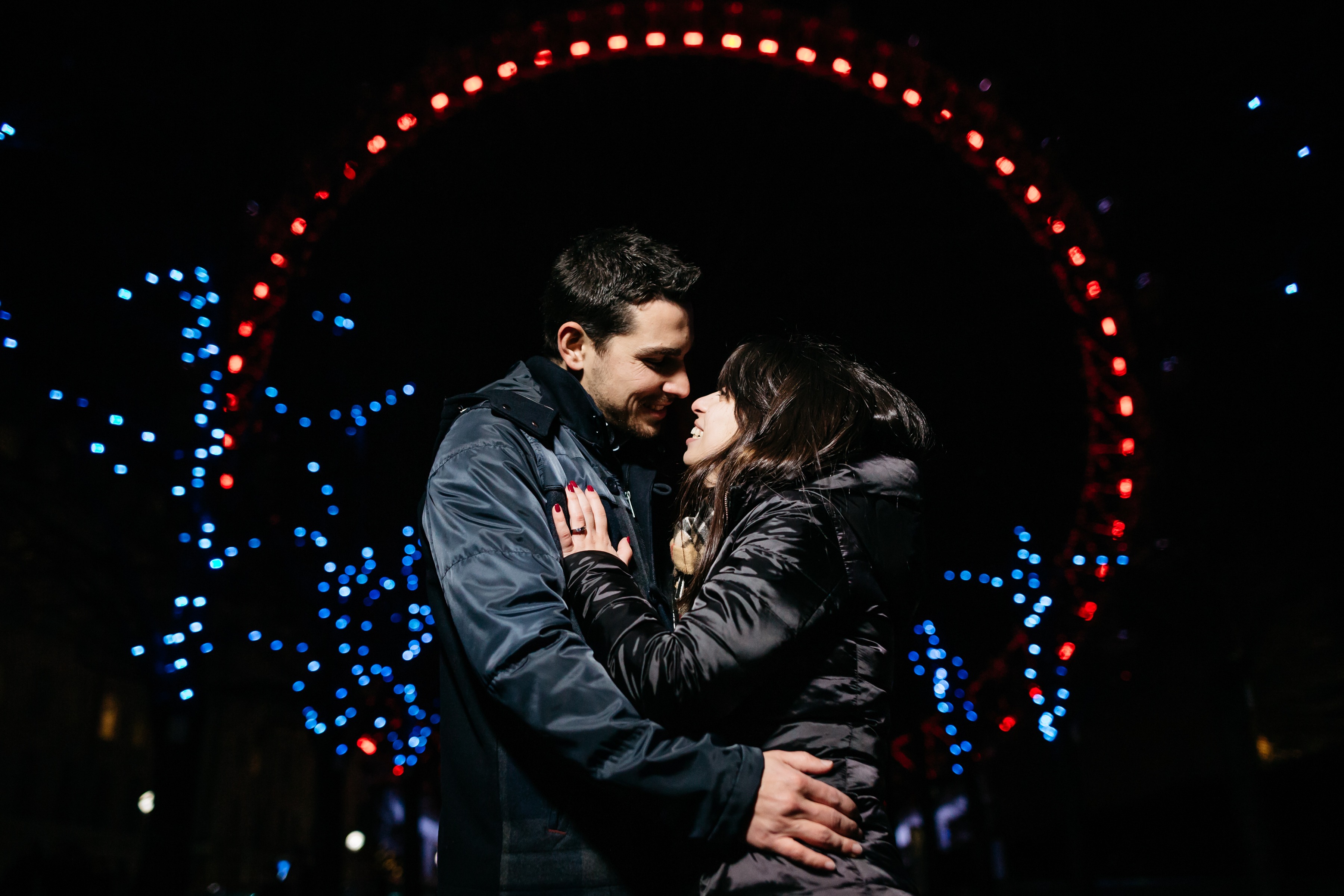 Let our Proposal Planners get to know you and your relationship and leave it to us to make this moment that extra bit special. We’ll take the pressure and stress off your shoulders so you can focus on the most important things! We want you to write the best proposal speech and picking the right ring! 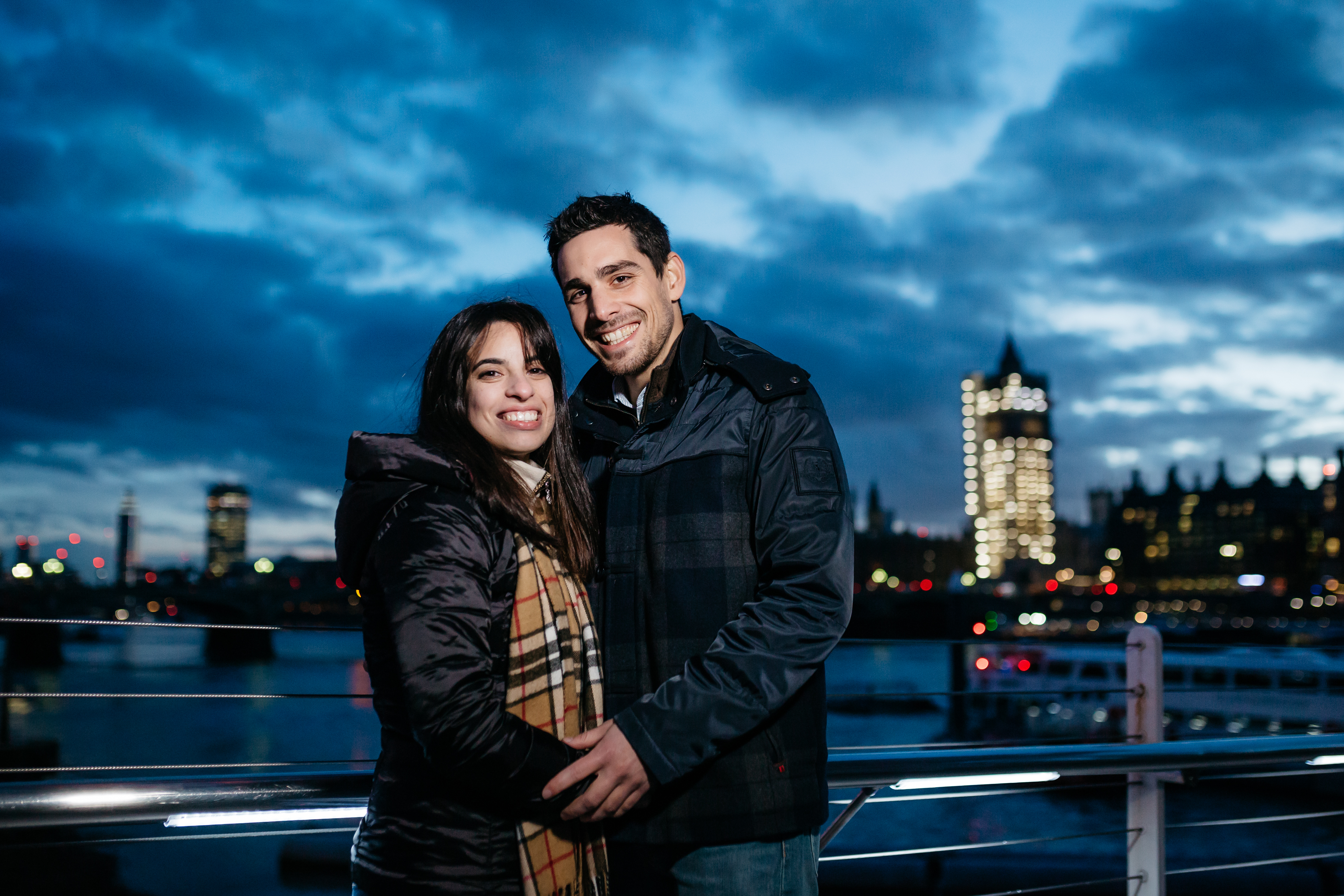 Joao did just that when he contacted us about proposing in London! He was visiting the Capital with his girlfriend Sara from South America. They wanted to see as much of the city as possible yet he had no idea where to start! Our Proposal Experts thought what better way to see London then from above, on the London Eye! 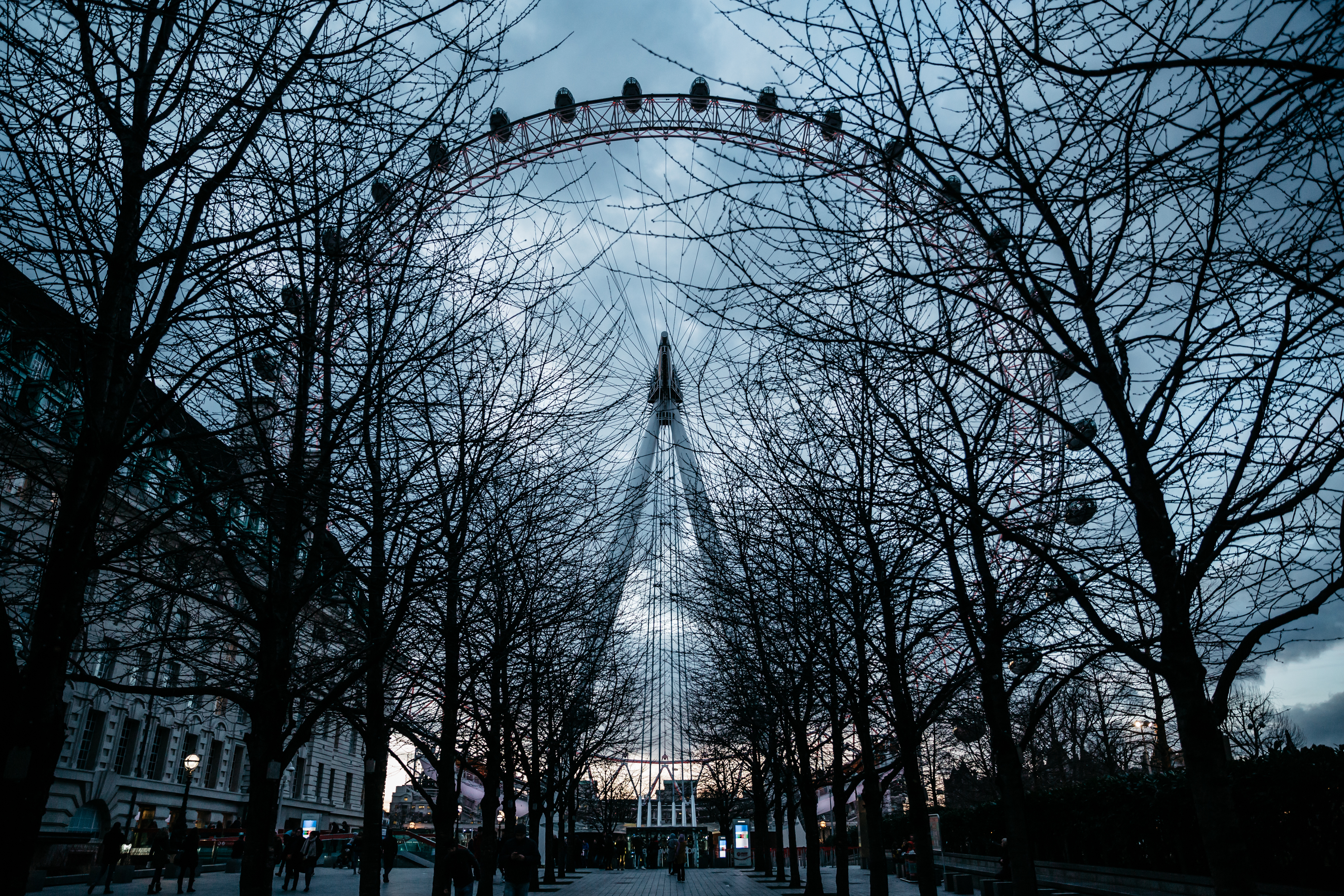 The couple started their evening by taking our planned romantic sunset walk passing by the iconic London sights. They walked past the Houses of Parliament, Big Ben, Westminster Bridge and finally the Southbank. Of course, Sara had no idea that every bit of this had been planned to perfection!

The weather was perfect for their ride on the London Eye and they had spectacular views across London. Little did Sara know that there were a few surprises waiting for her once they finished their ride! As they disembarked, Joao told her that he had organised a photo shoot for the two of them. He wanted to have beautiful photos as a memory of their trip to London. Our experienced photographer and one of our Proposal Planners (posing as an undercover assistant) met the couple and took them around the Southbank. 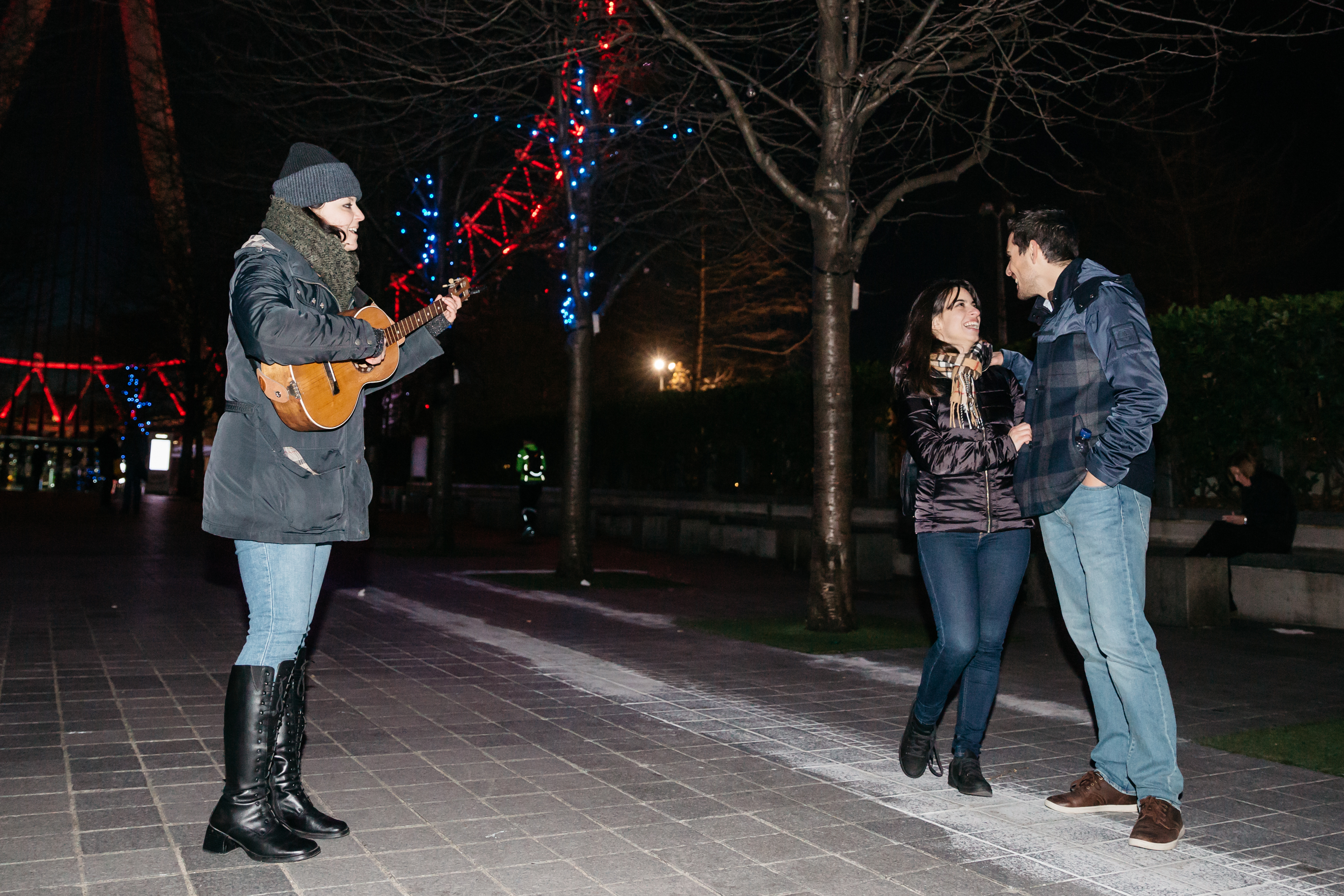 They were taken through the walkway in Jubilee Gardens with the London Eye in the background and the lights twinkling in the trees. There was a “busker” singing Ed Sheeran’s ‘Perfect’!

They stopped to listen and suddenly Joao got down on one knee and asked Sara to be his wife! She was completely shocked but of course, said YES! The photographer managed to capture it all! 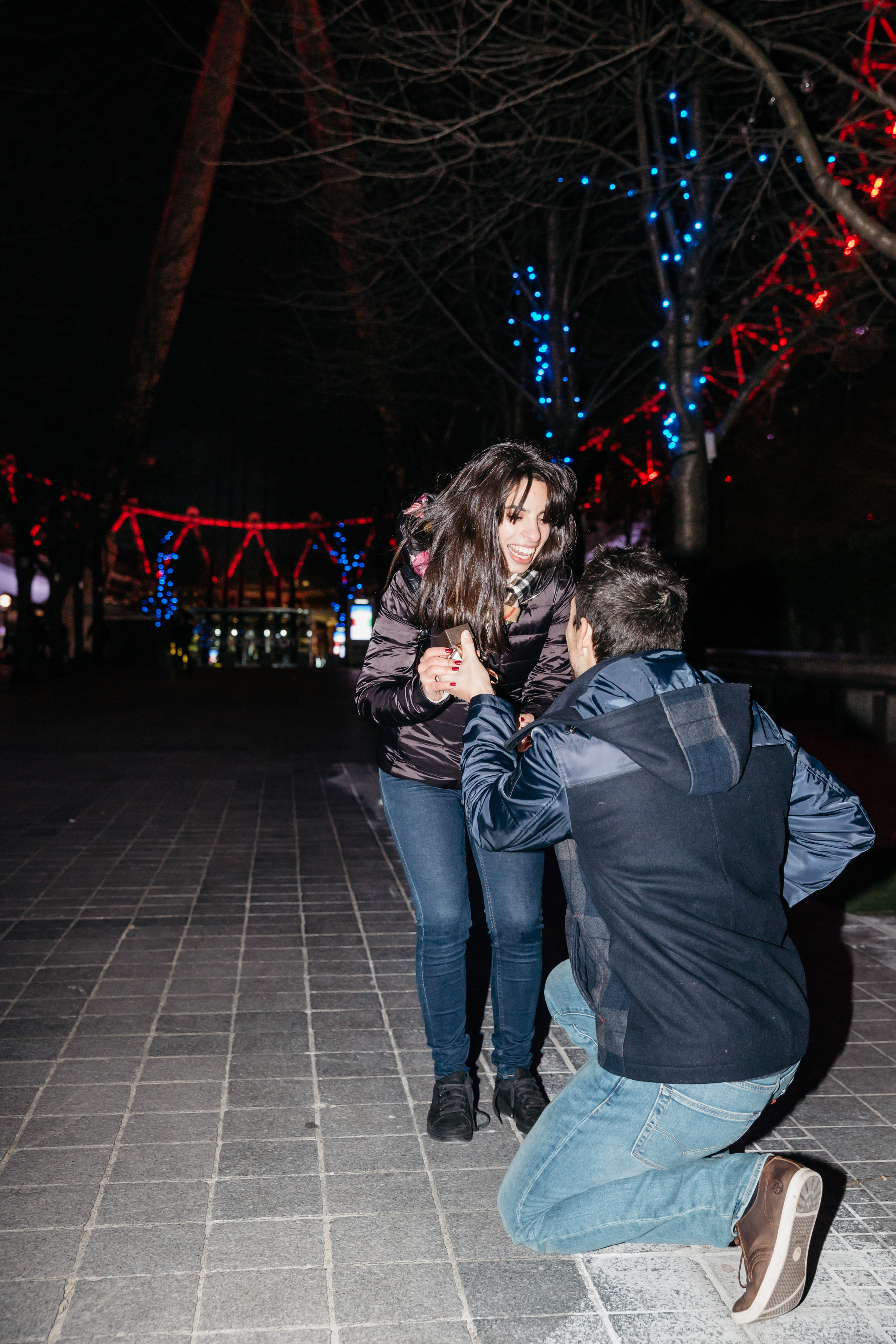 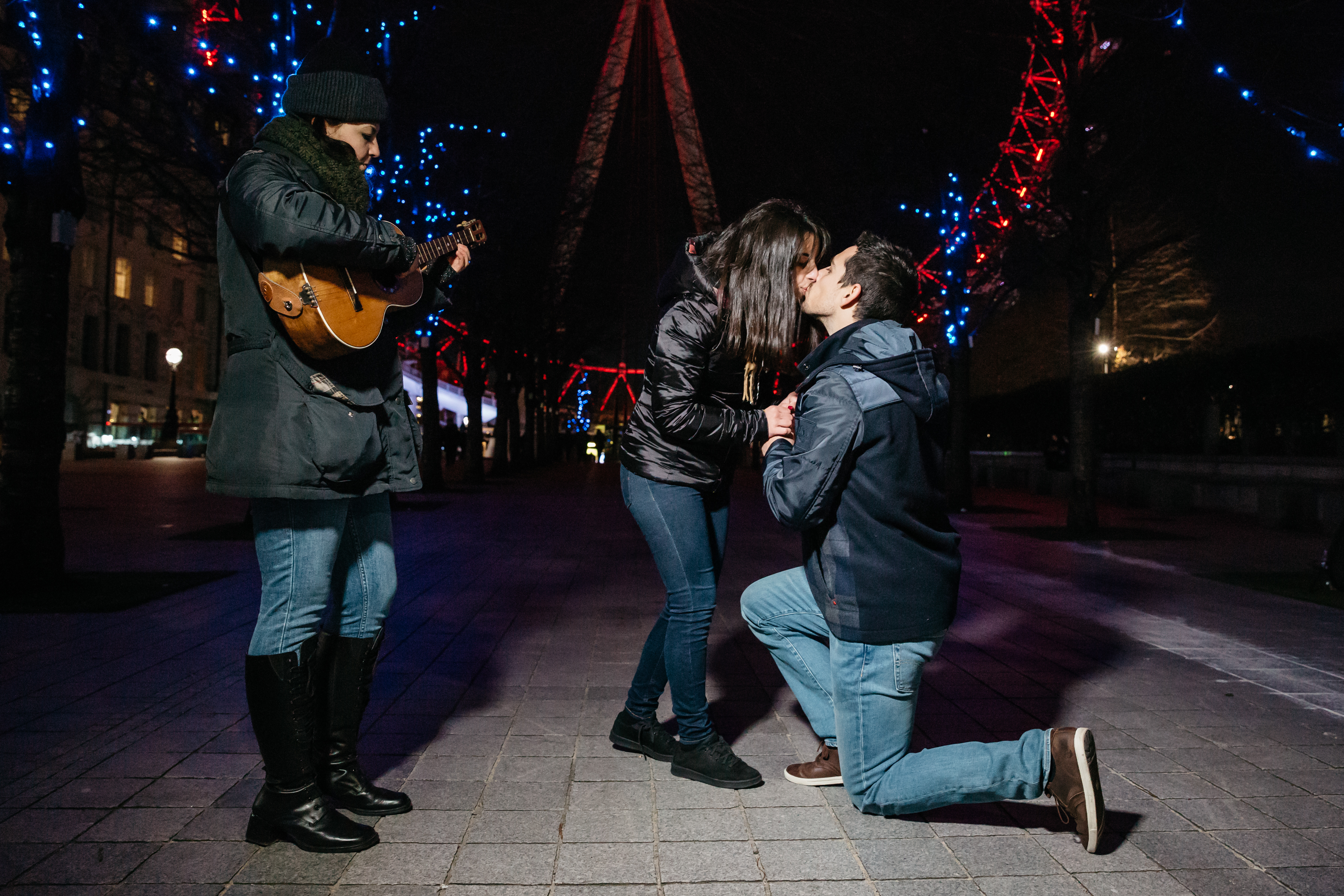 Congratulations to Joao and Sara on your engagement and thank you for choosing The One Romance to be a part of this special moment! 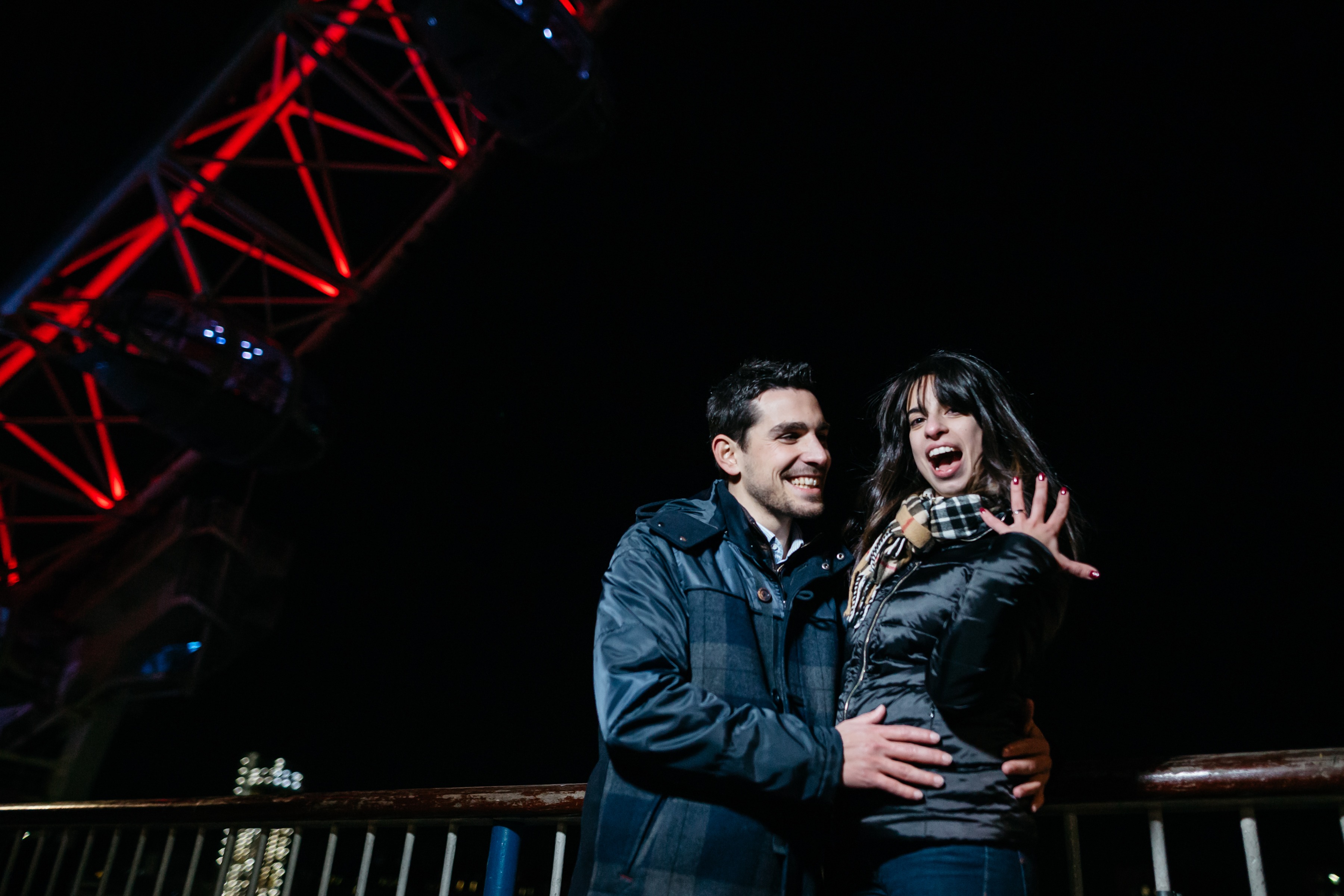 The sooner you get in touch with us, the more time our team have to come up with creative and unique proposal ideas just for you!