Once upon a time, in a land far far far away (Australia), a gentleman decided that he had found his princess and wanted to spend the rest of his life with her. He decided to ask The One Romance for help as he wanted to take her breath away when he proposed and for it to be a fairy tale proposal straight out of the movies. Of course, we were thrilled! We knew that this was going to be a proposal that the couple or our Team would never forget.

Watch the video or scroll down for all the juicy details!

From the moment that the couple woke up on that hot Summer’s day in July, the proposal had begun! She had no idea what the day would hold and thought that they were having another day exploring London. Instead, a luxury car was waiting for them outside their hotel and whisked them off to Bath for a relaxing massage, sauna and dip in a rooftop pool!

Next stop, a castle! A castle complete with turrets, a lake, suits of armour from Henry VIII, unique historic bedrooms, horse stables, hidden doorways and passages and it was all theirs for 24 hours! 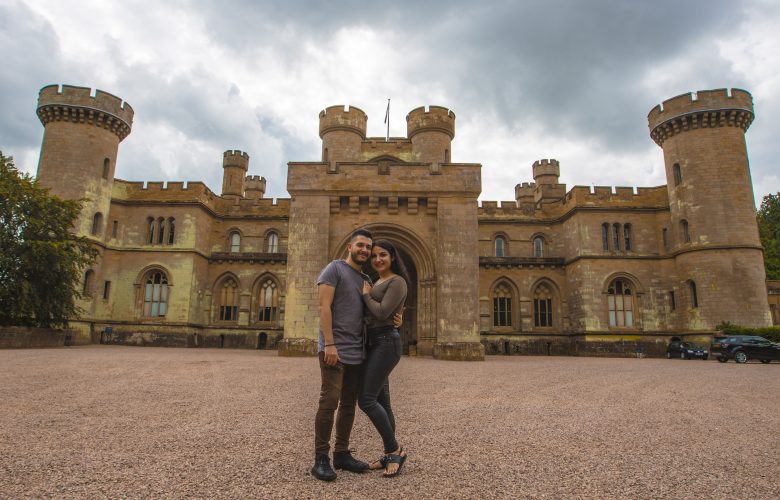 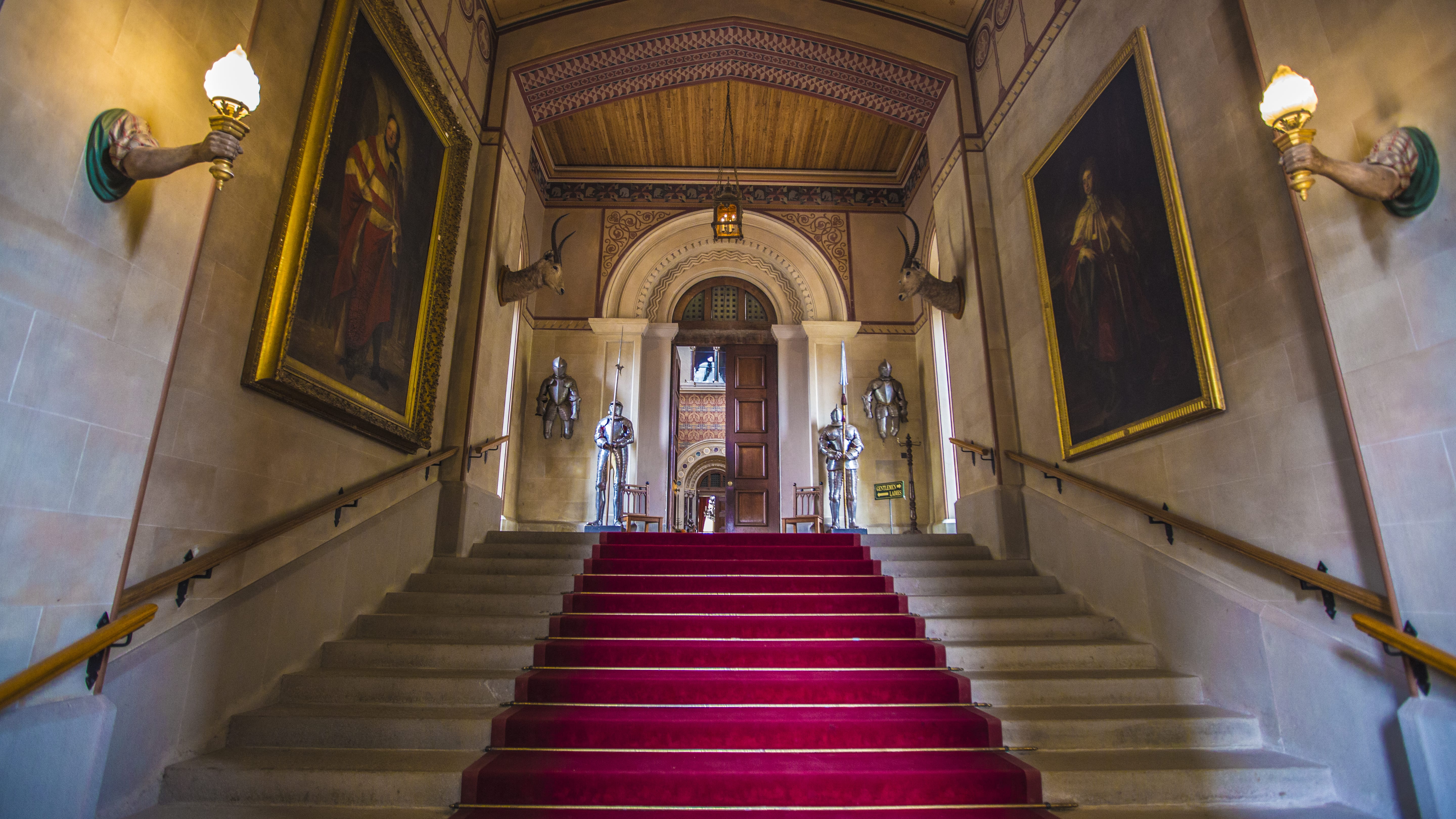 Once they had settled into their stunning bedroom, the couple were led to a private picnic that overlooked their private castle and lake. Our creative Proposal Planners had spent the morning creating a romantic and charming picnic set up, complete with beautiful fresh flowers, huge balloons and bunting! 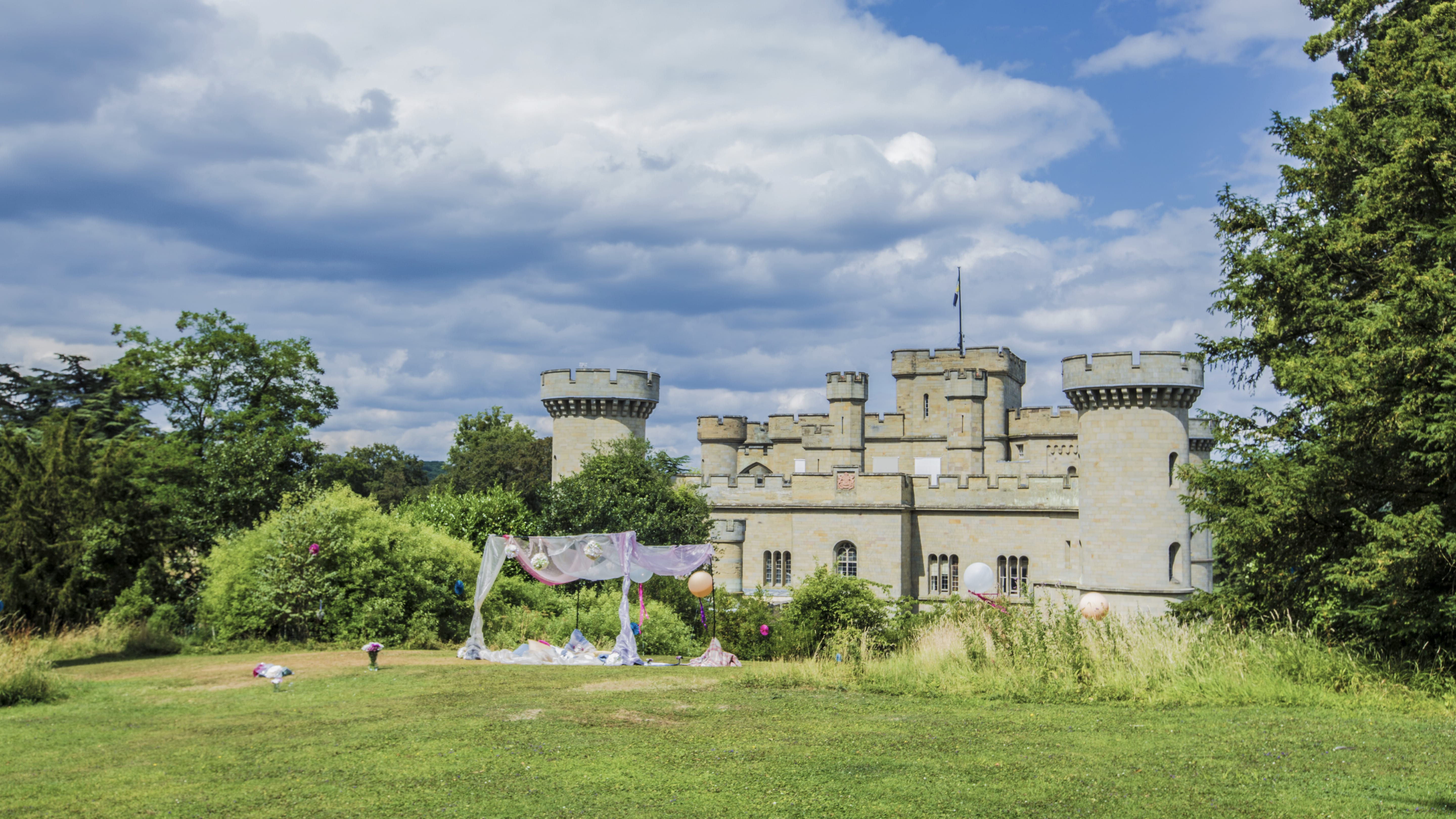 The castle kitchen served a picnic fit for a king including a selection of cold meats, local cheeses, smoked fish, scotch eggs, freshly baked bread and even a raised game pie (yes, it was on the Great British Bake Off in 2015!). And that’s only the savoury! There was also fresh fruit, profiteroles, scones and meringues all baked that morning.

Whilst the couple were enjoying their buffet, our Proposal Planners were already prepping the terraces overlooking the lake for the couple’s dinner that evening. Thousands of tea lights, candles and fairy lights were laid out across the two terraces creating a twinkly back drop to what would be a life changing moment!

After hours of preparation, the terraces were ready and the couple arrived for their pre-dinner drinks in the Reading Room where a selection of the finest wines and spirits were served. Once the sun began to sink lower in the sky, the couple headed outside to start their 5 course meal overlooking the rolling hills. We worked with Tony and the chef at Eastnor Castle to create a dinner of all of her favourite things including salmon, quail salad, seafood marinara, 12 hour slow cooked lamb, pearl spelt salad, crème brulee and even banoffee pie! Everything was skilfully put together and created on the day by the talented Castle chefs.

As it got darker, the lights began to show up even more and the area was transforming into a sea of lights glittering around them.

After finishing their meal, the couple were guided to a cosy seating area. Projected upon one of the towers of the castle, a projection was shown that Tony and our videographer had put together that showed the couple through all the years they had been together with Tony’s voice over the top!

As it finished, an amazing fireworks display began over the lake and Tony led his girlfriend along a candle-lit walkway, down a stone staircase to a heart made of candles and light. As they walked over, words came alight spelling out ‘Will You Marry Me?’. Tony got down on one knee and proposed with an absolutely stunning ring! How could she say anything but YES!

The skies were filled with 3 huge pink heart fireworks and the couple enjoyed their special moment in the romantic twinkly setting.

Meanwhile, our Proposal Planners had transformed their bedroom with roses, framed photographs, love notes and a ‘Mr and Mrs’ banner above their four-poster bed!

The couple enjoyed a delicious breakfast the next morning and wandered around the grounds of their private castle before heading off to continue their 8 week European trip. Next stop Amsterdam!

The whole team at The One Romance wish Tony and Nicky safe and exciting travels as well as an exciting life ahead of them as husband and wife!

If you’ve been inspired to make your partner feel like royalty, get in touch! Our Team can’t wait to help you create a unique and romantic proposal that you’ll never forget.