When travelling abroad, finding a proposal location can be one of the hardest parts of proposing (apart from choosing the ring of course!). Especially in big cities such as London, Paris or Prague, there are so many places to choose from and you can never really get the feel of it until you’ve been there. That’s where our Award-Winning Proposal Planners come in. With years of experience and partners across the globe, we can guarantee that you’ll have an iconic London proposal! 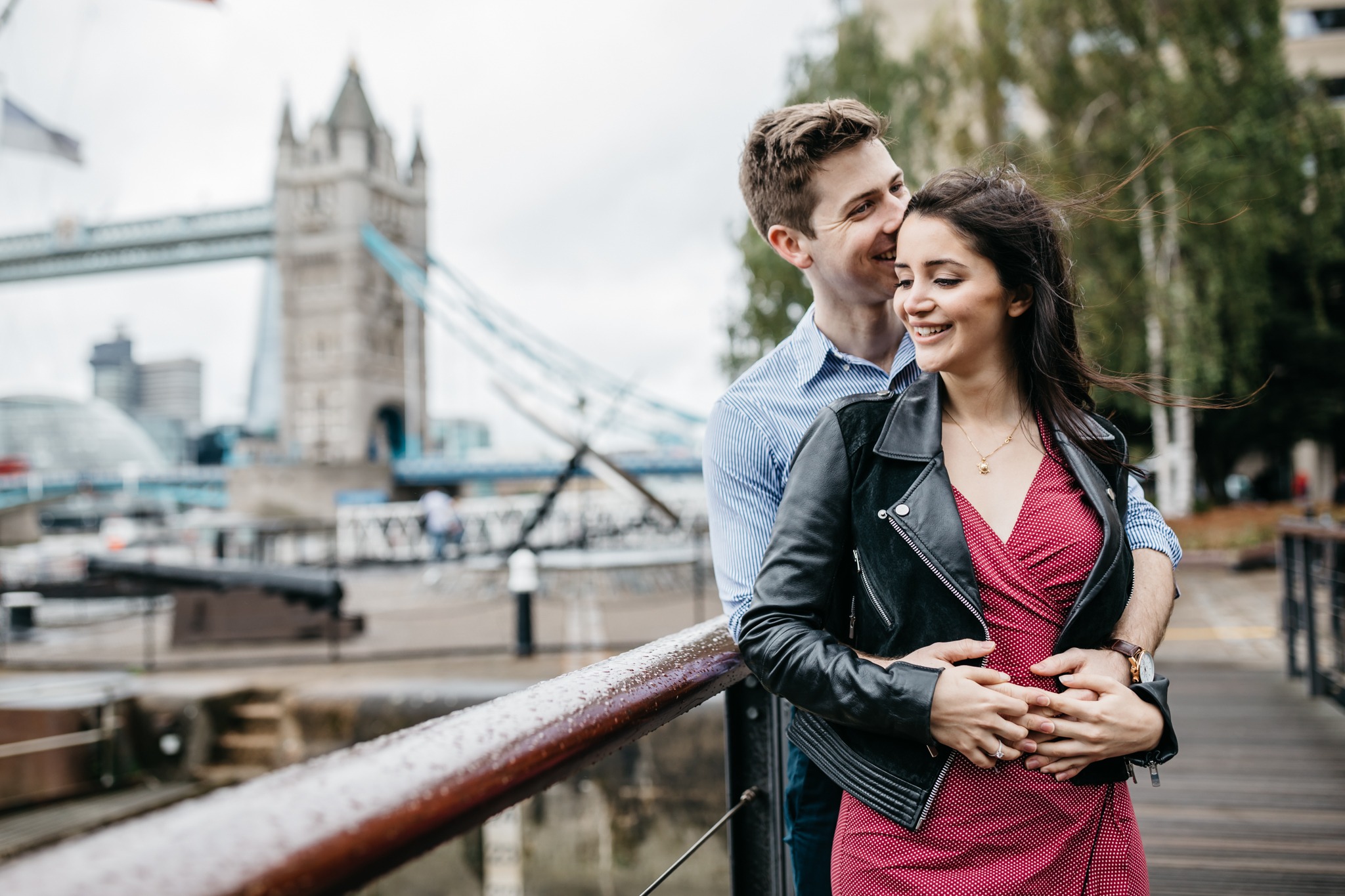 Kirk was travelling from Australia with his girlfriend to visit his sister-in-law and needed our help in creating an intimate yet iconic London proposal. As Big Ben is still under construction, we recommended Tower Bridge as a backdrop. We knew the ideal location; a relatively quiet spot so as not to draw too much-unwanted attention with an uninterrupted view of Tower Bridge. 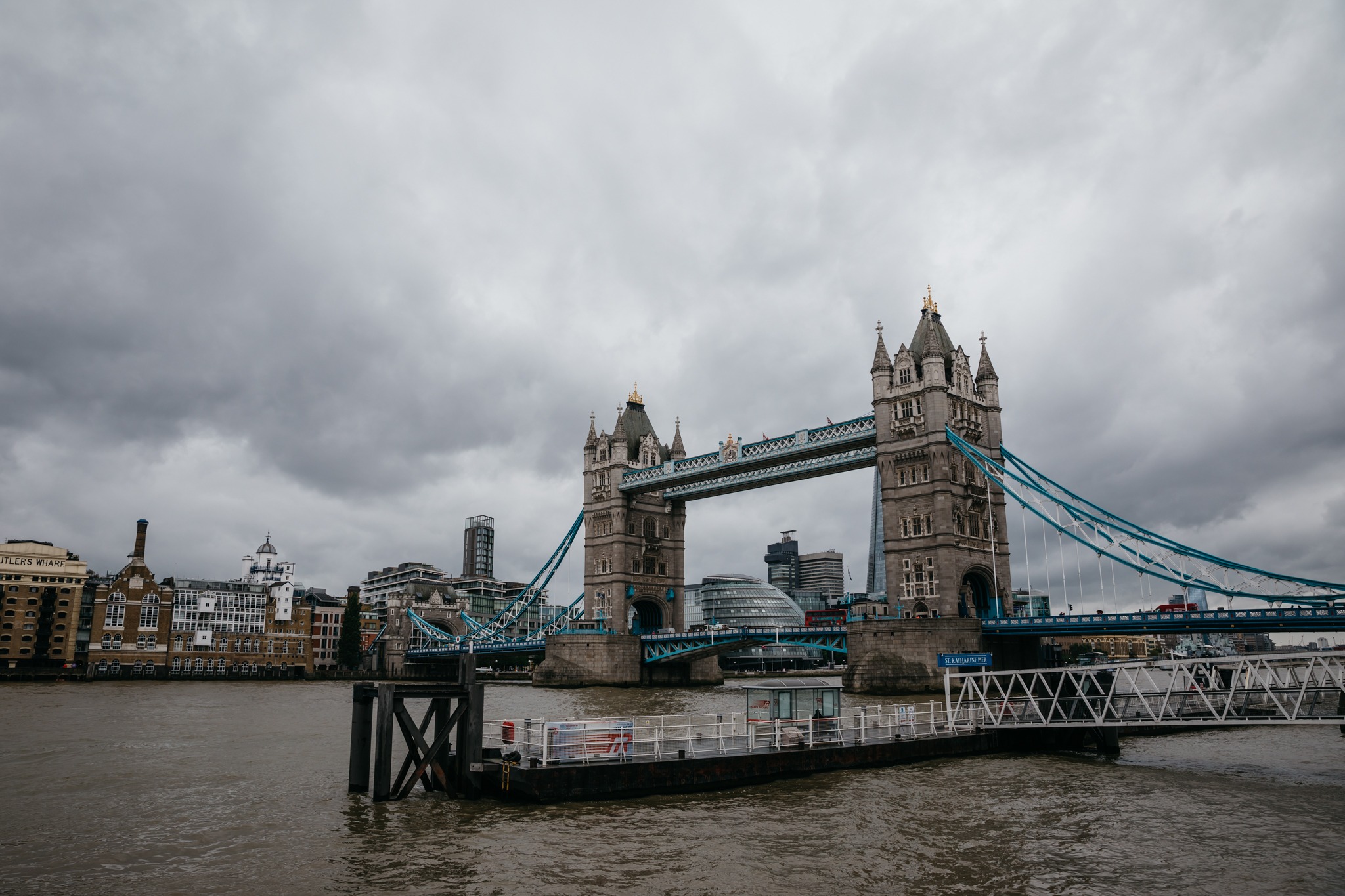 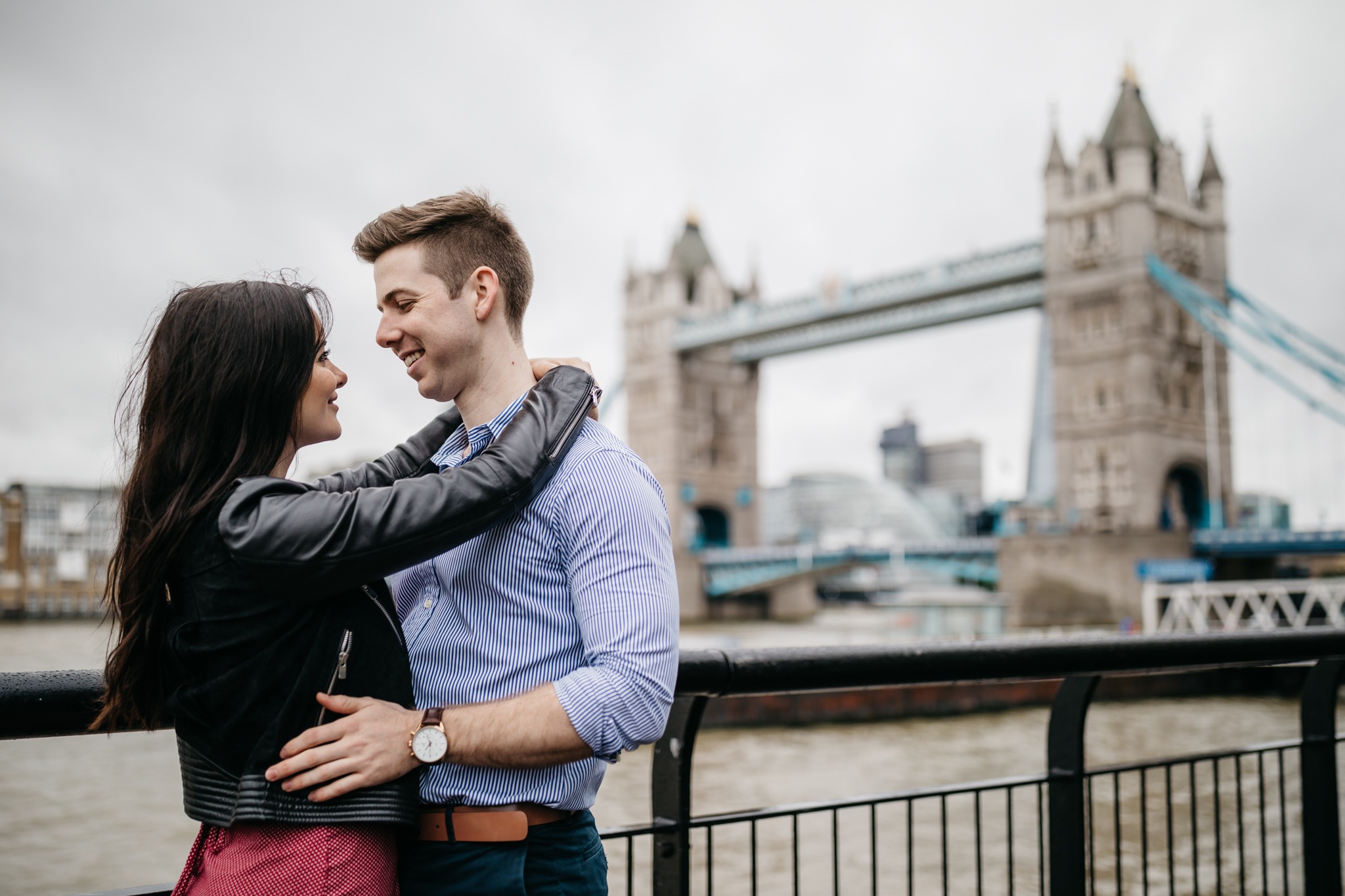 On the day of the proposal, it was one of London’s first days of rain in months! We couldn’t believe it! We’d had a heatwave since April and the one day we needed sunshine, the heaven’s opened. However, we were well prepared as we had a wet-weather plan and location nearby. 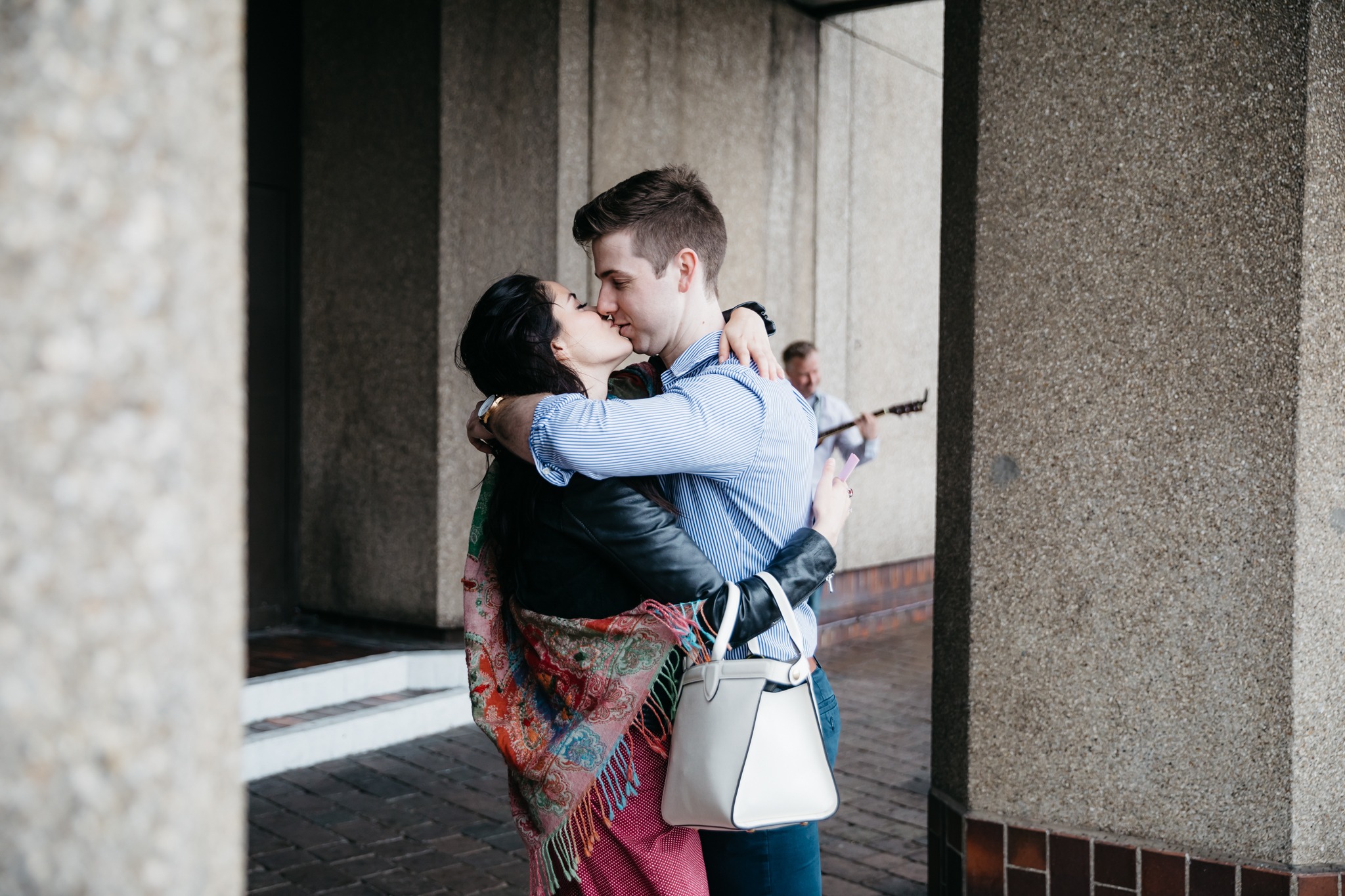 As the couple approached the spot, they stumbled across a musician who was performing their favourite song: John Legend’s ‘Love Me Now’. As they sheltered from the rain and Arian took some photos, our Proposal Planner approached the couple and asked if it was Arian’s birthday tomorrow. She looked completely shocked as she was handed a beautiful long stemmed red rose with a note attached to it with her name written on it. 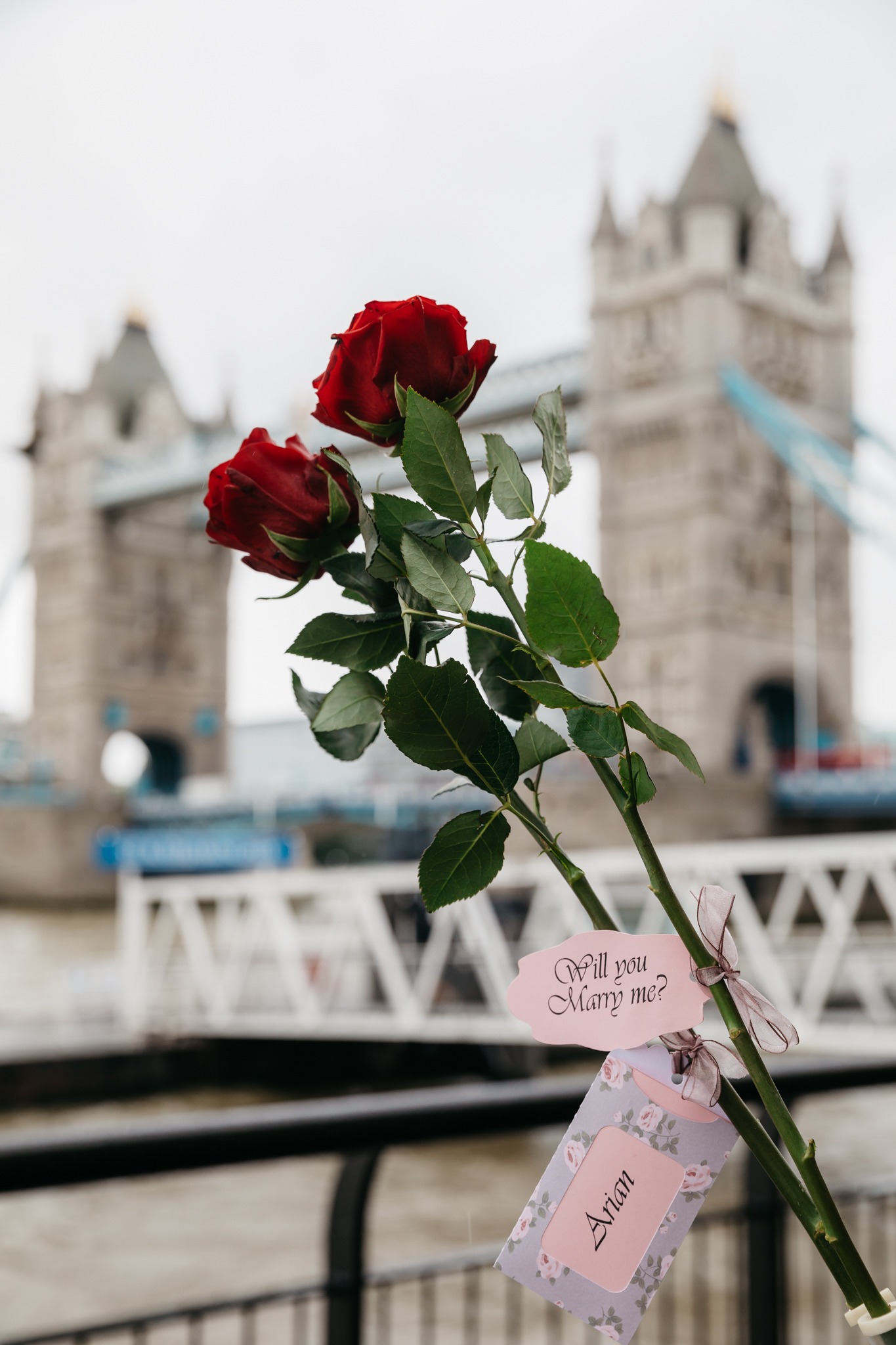 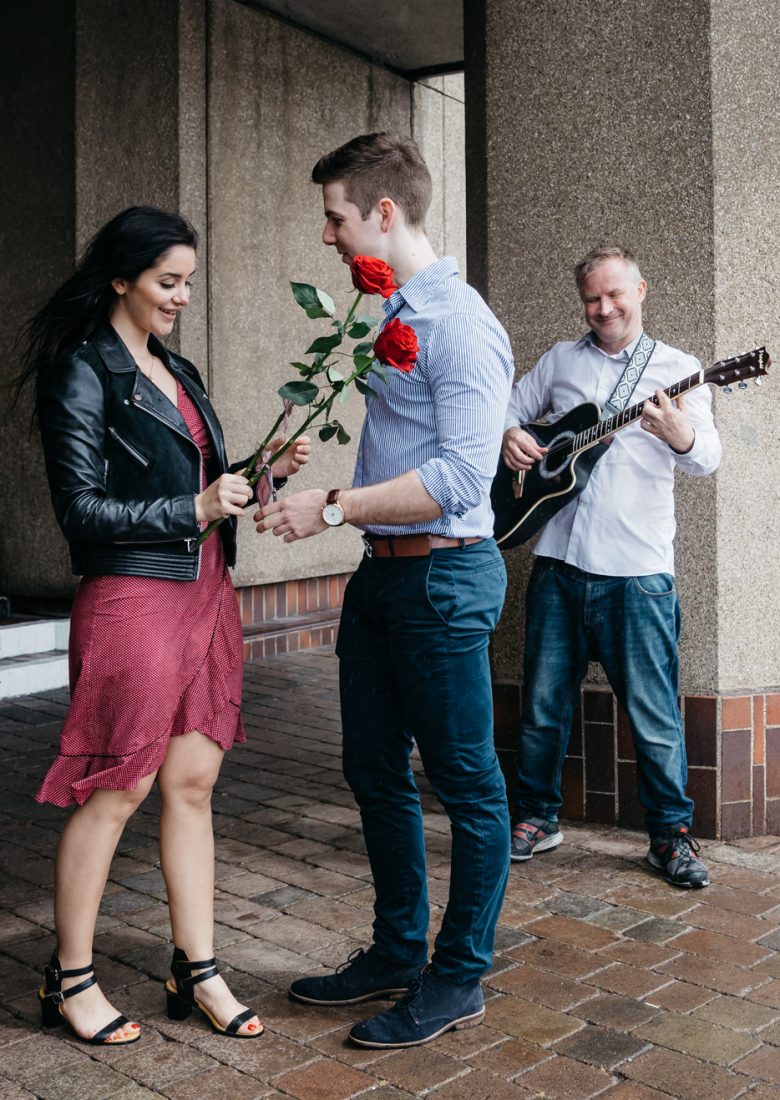 Inside, there was a love letter written by Kirk with the words ‘I have one more question for you…’. As Kirk handed her another rose that we had secretly given to him behind his back, he got down on one knee! On the second rose, the words ‘Will You Marry Me?’ were written on another note! 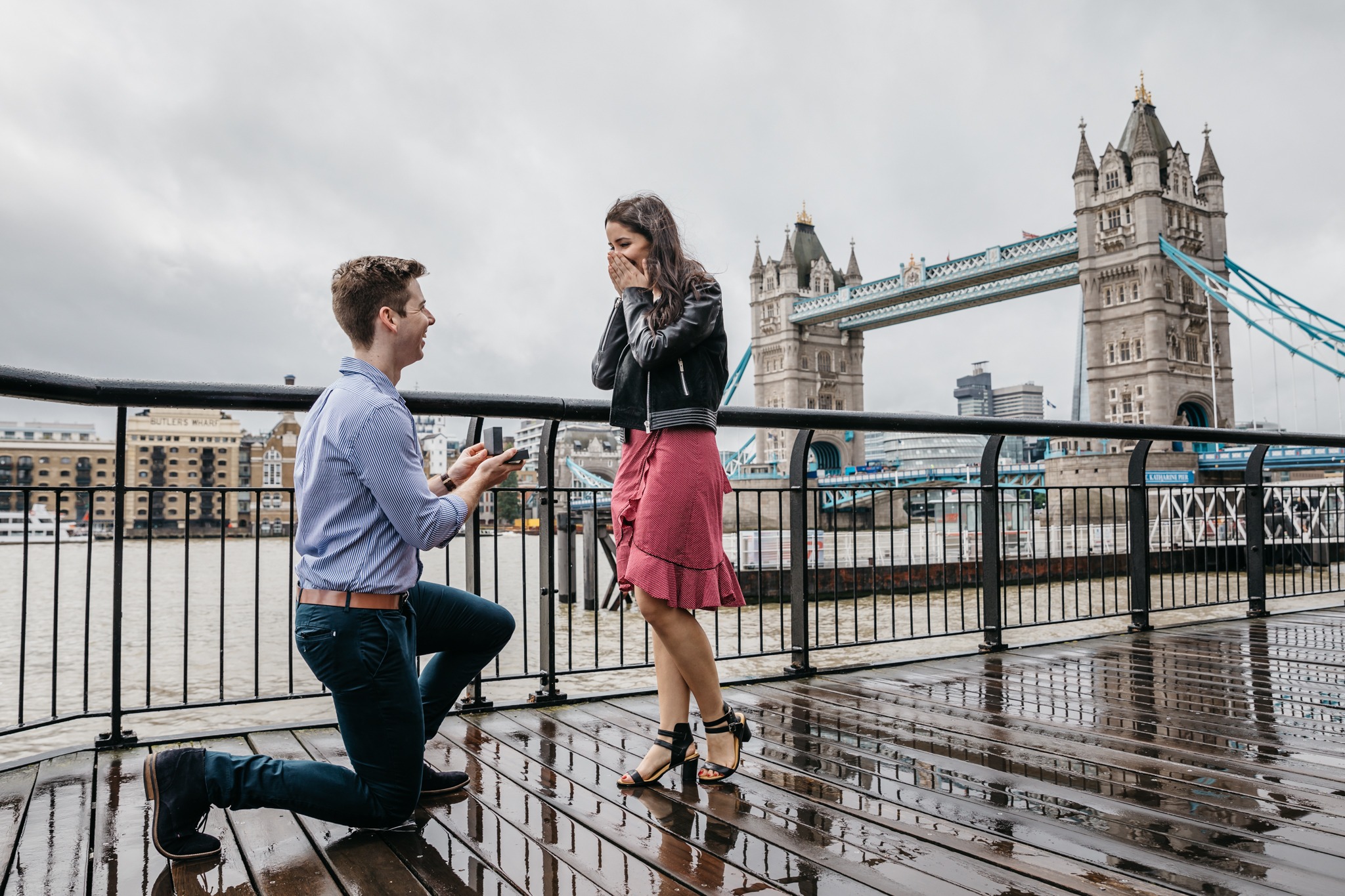 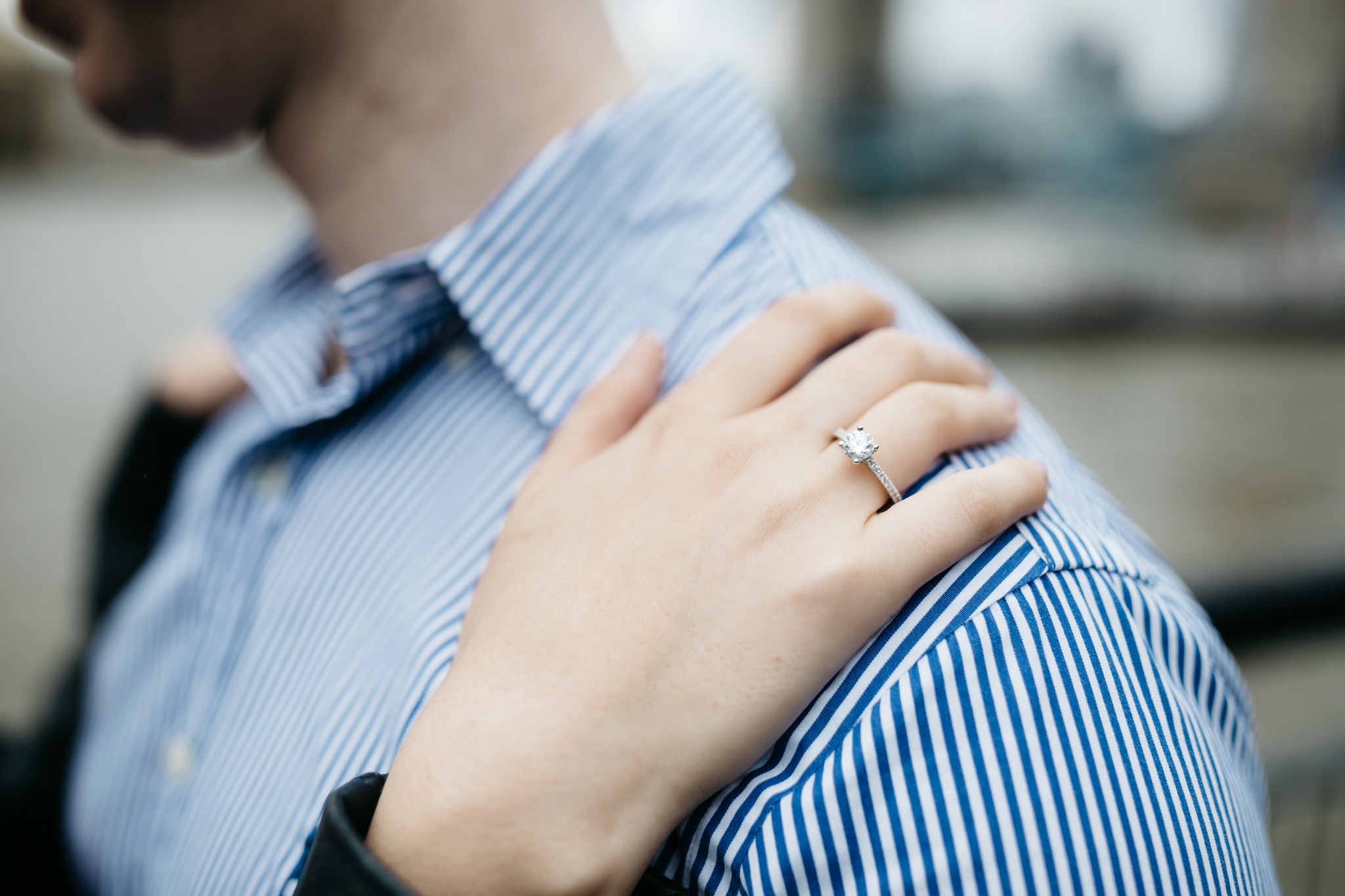 As she became overwhelmed with emotion, she said yes! The rain only added to the atmosphere and the sun peeked out from behind the clouds as the couple had their engagement shoot around the area. 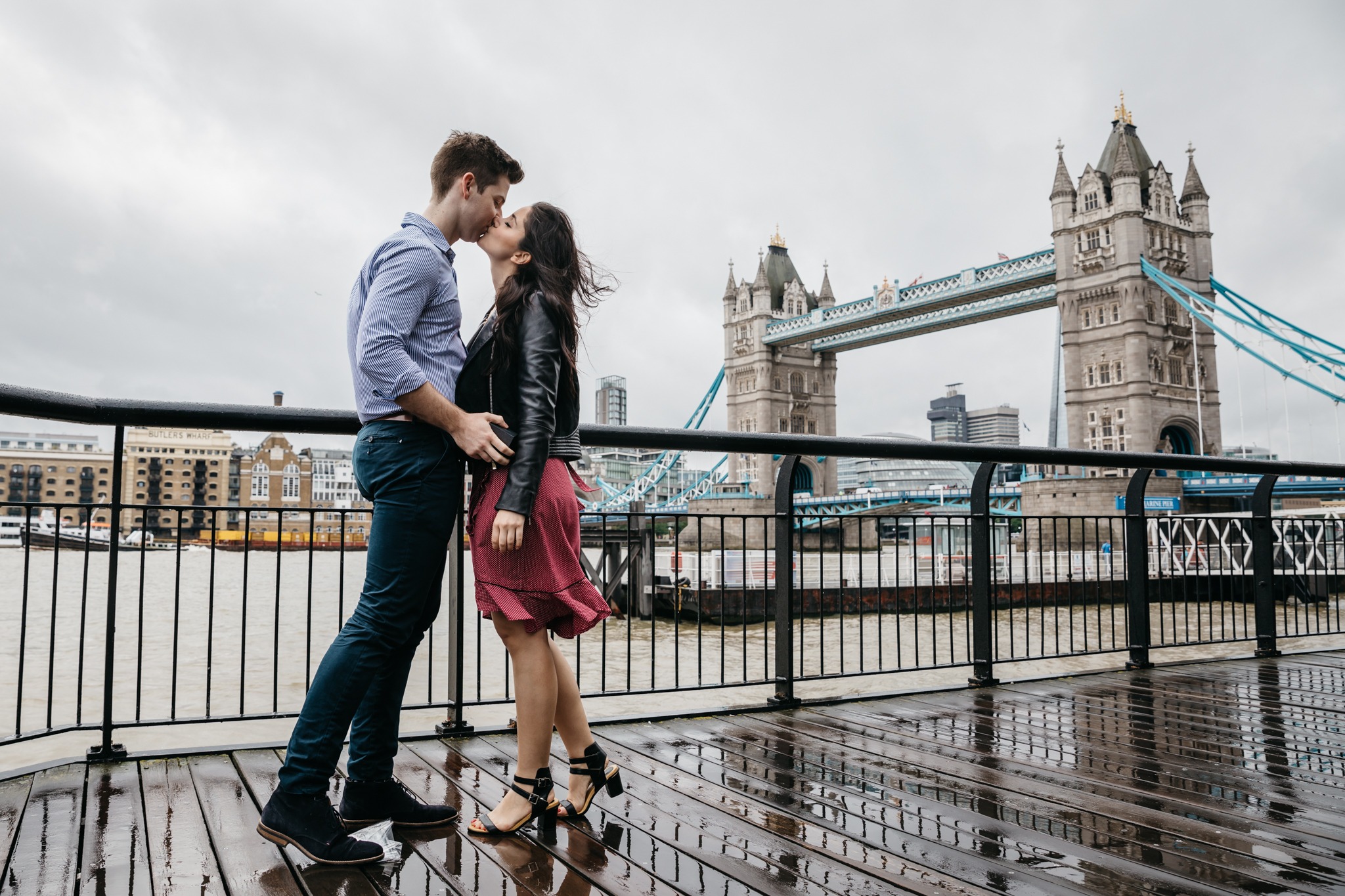 Inspired or looking for some other romantic marriage proposal ideas? Get in touch and a member of our Team will be there to guide you every step of the way! 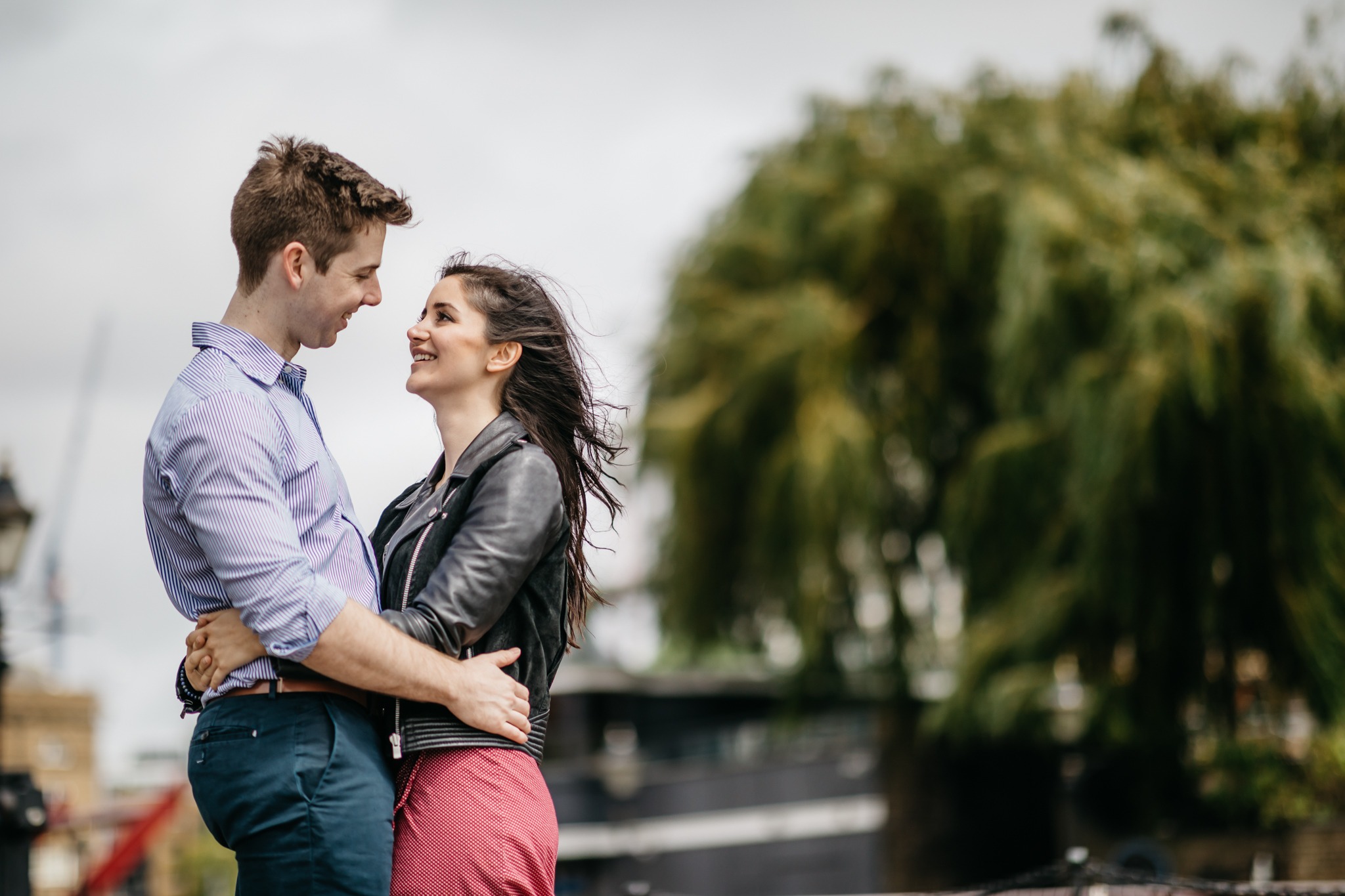