London hosts a multitude of the world’s most glamorous and luxurious hotels that are the perfect place to escape the hustle and bustle of the Capital. They also offer unique views and settings for iconic proposals! 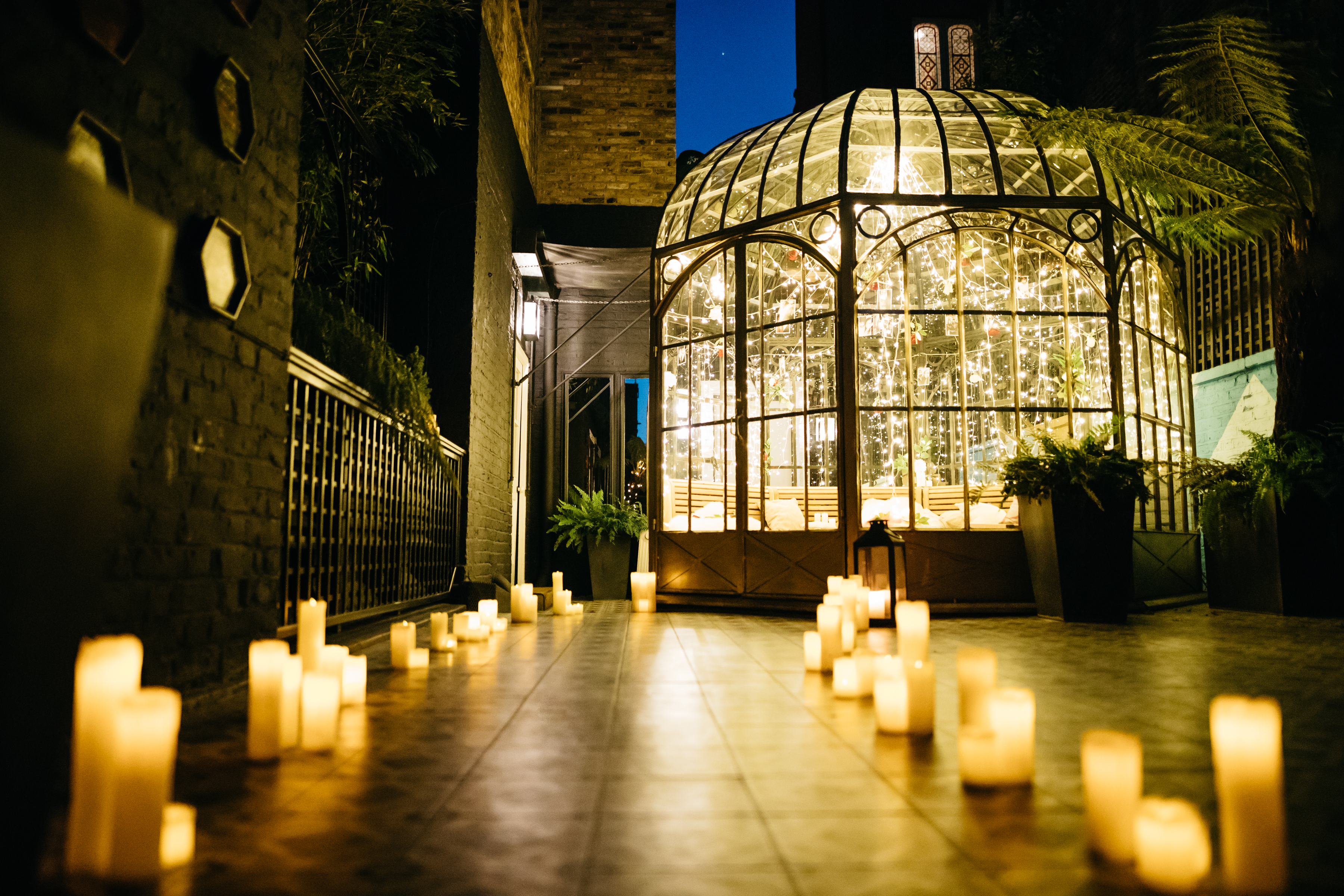 This particular proposal started a few hours earlier when Bally and Ruman arrived at their hotel. Soon after their arrival, a singer entered their room and serenaded the couple with John Legend’s ‘All Of Me’ before handing Ruman a red rose and an invitation to a private champagne reception at a decadent hotel in Central London. She then performed Savage Garden’s ‘To The Moon & Back’ leaving Ruman very confused but excited! 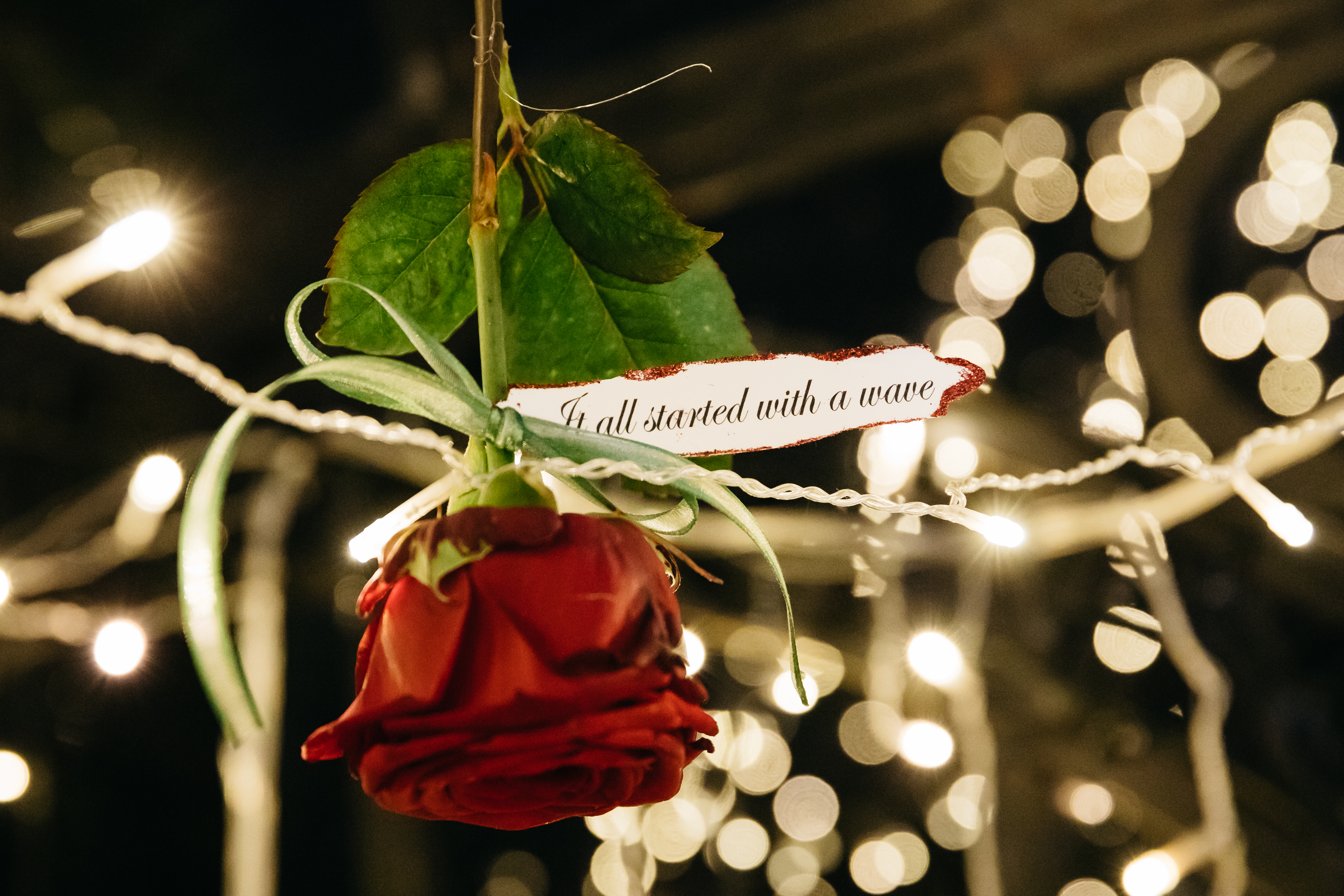 Meanwhile, our Proposal Planners were busy setting up the location for the proposal with thousands of fairy lights, candles and rose petals! For Bally and Ruman, our proposal experts came up with the unique proposal idea of hanging their photos from the ceiling along with roses and other decorations so that it looked like it was all floating! Each rose also had little love notes attached that Bally had written about how they first met and all of their special moments together. 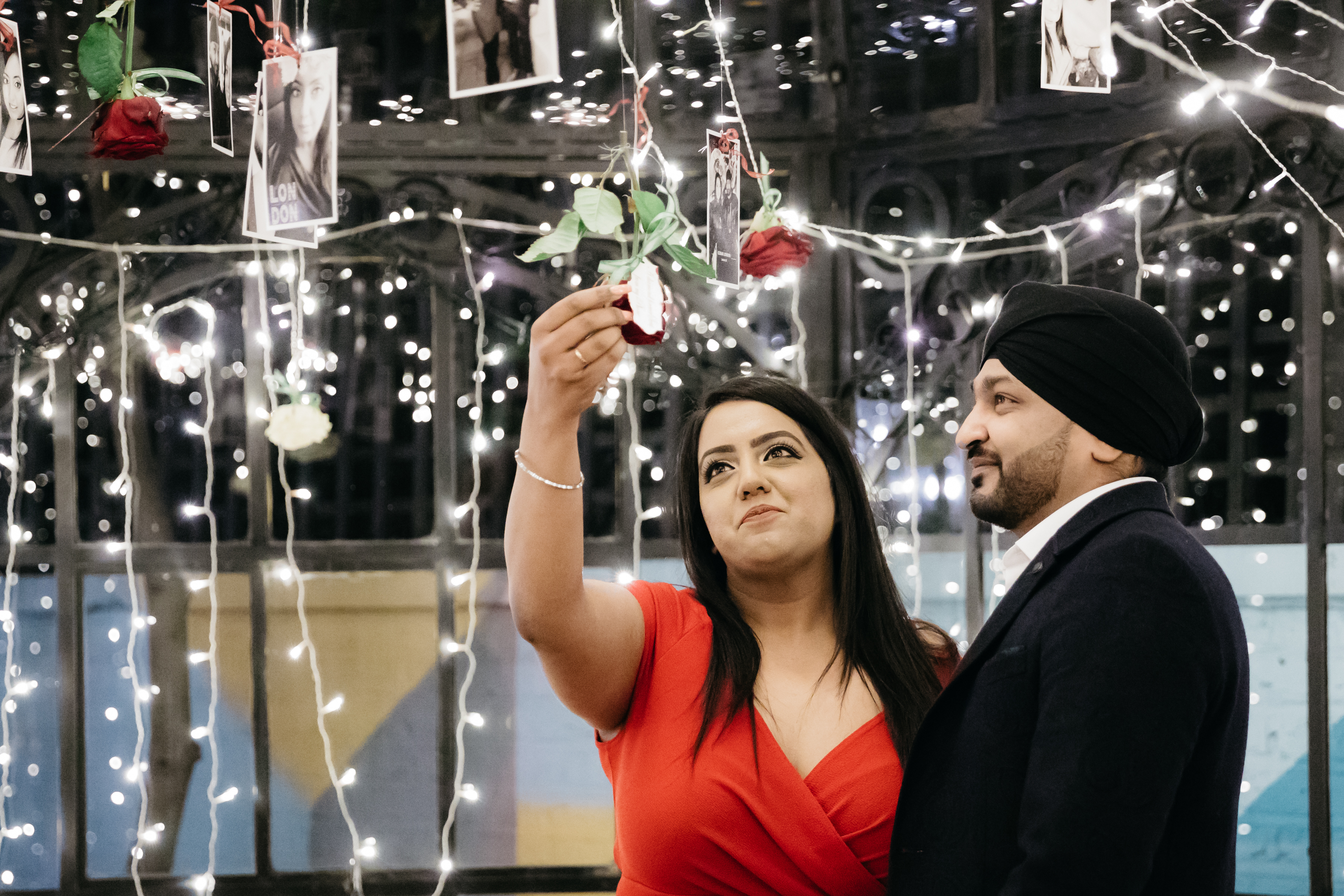 The couple arrived for their “champagne reception” and a candle-lit path lead them to the decoratedenclosure. As they entered, she realised that all of the photos were of them and began to read the love notes. There was also a large present with a tag: ‘With Love, for Ruman’. As she opened it, a balloon flew out with the words ‘Will You Marry Me?’ written on it! 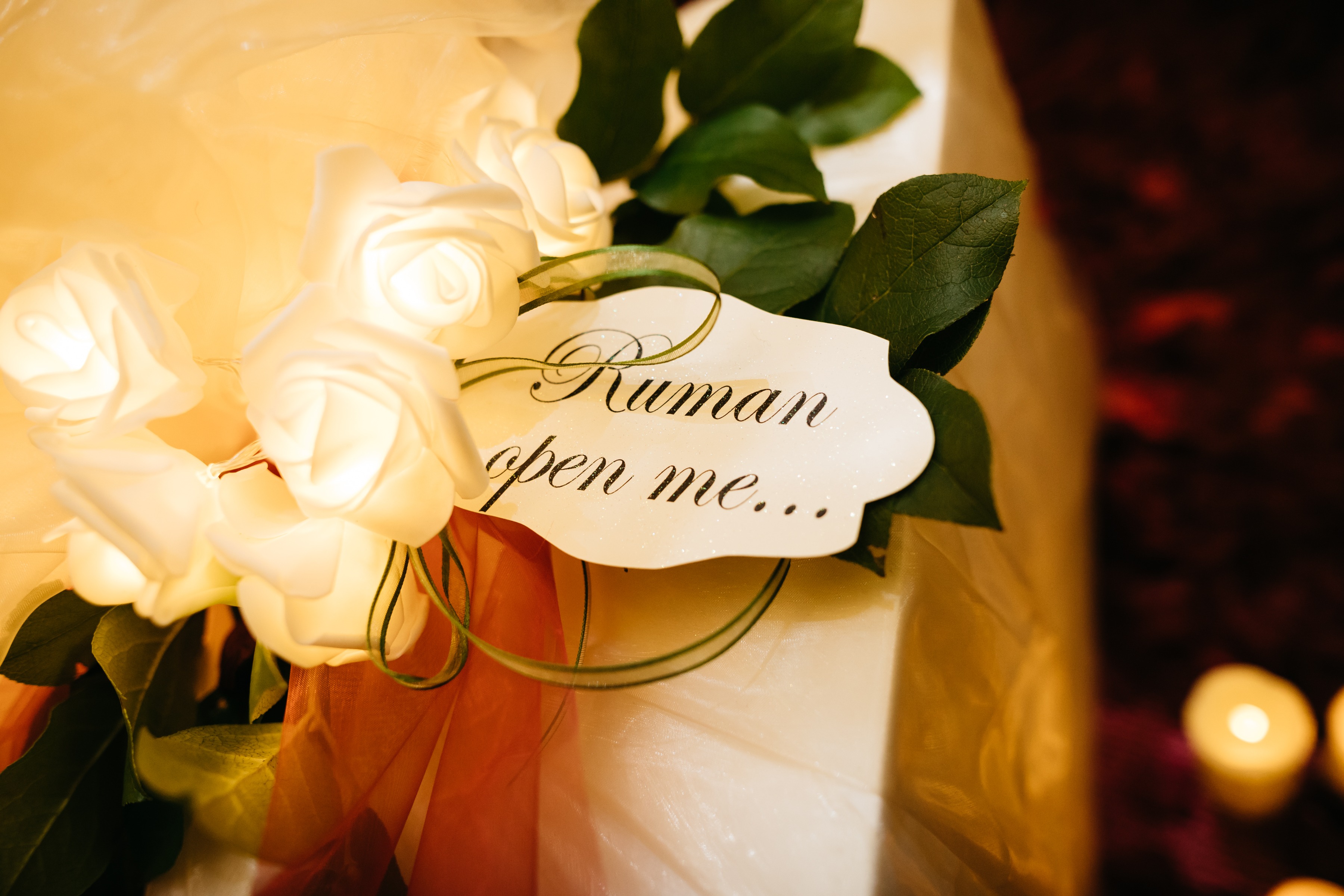 As Ruman went down on one knee in the floor of rose petals, everything clicked as she realised the whole day had been leading up to this moment! Of course, she said yes!

Congratulations to Bally & Ruman! The One Romance were thrilled to be chosen as your Proposal Planner Company and we wish you a lifetime of happiness! 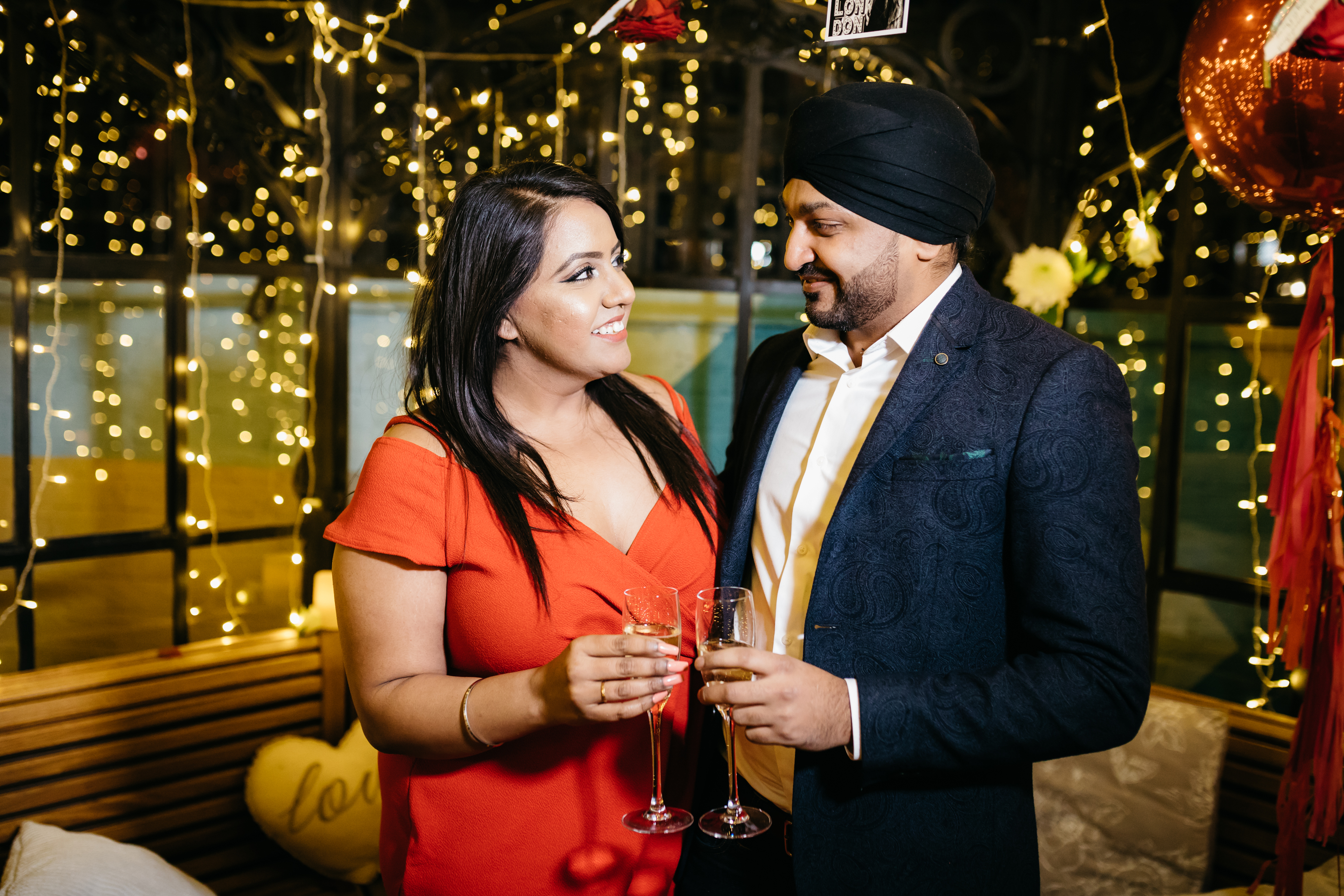 If you’ve been inspired by this proposal or don’t know where to start, our creative Proposal Planners are here to help! With hundreds of successful proposals, you can be sure that our Team have your best interests at heart; after all, you only get one chance to propose! Our proposals are guaranteed to be breathtaking, unique and exactly what you had wished for. The sooner you get in touch, the more time we have to create something truly memorable for your special moment! 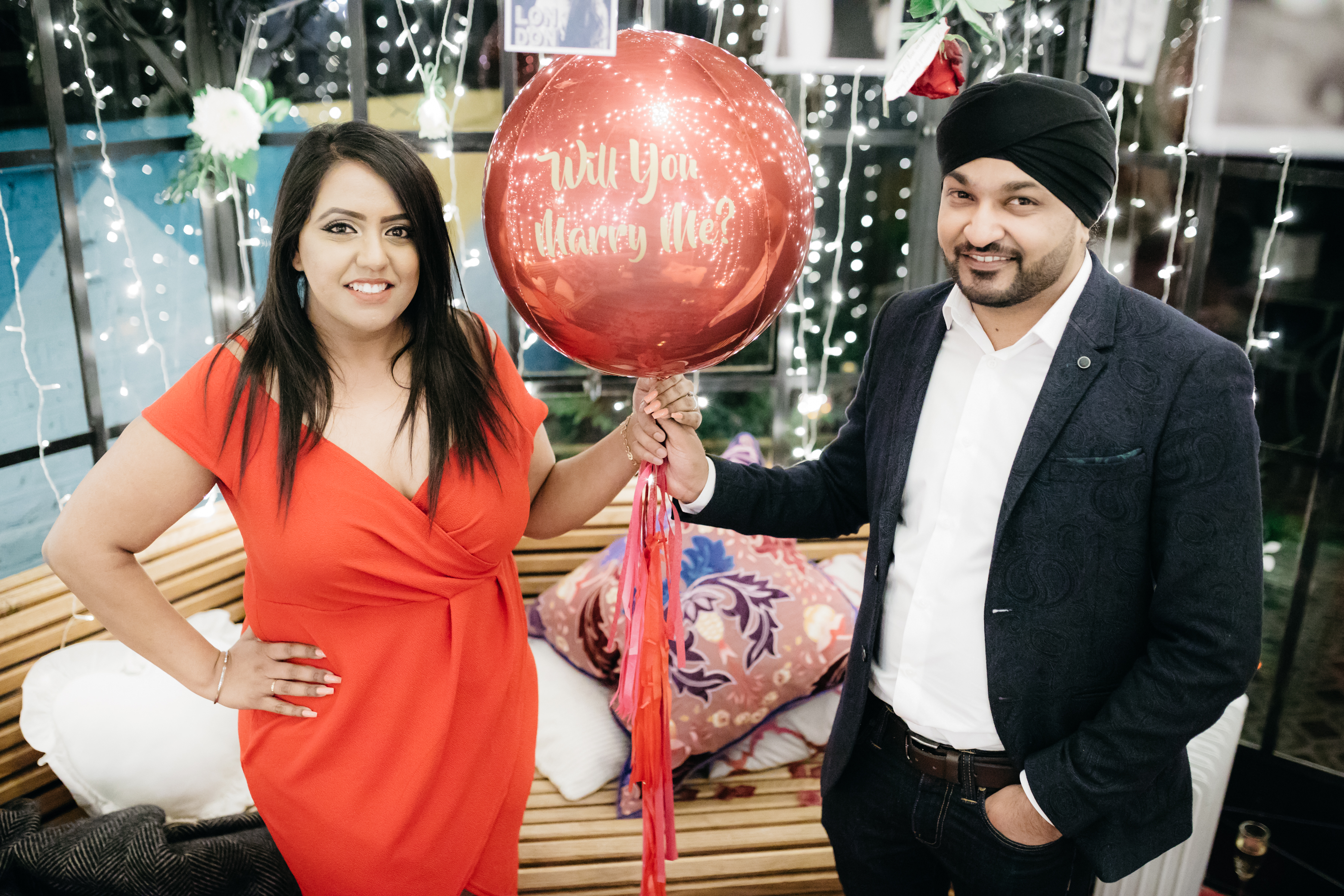